The TaxPayers’ Alliance (TPA) has today revealed the £11,038,077,014 spent on research and development in 2019-20, an increase of over £1 billion compared to 2017-18. The complex grant funding system has seen taxpayers’ money fund projects which “promote gender and intersectionality” or “engage audiences of all ages with dinosaurs and robots.”

The business department was responsible for 73 per cent of the research and development budget, at £8,046,000,000, which was then divided between several research councils to distribute to individual projects. Around half of the outcomes, or 406,048 UKRI research projects since 2003, resulted in ‘engagement activities’. 164,370 of these were a talk or presentation. 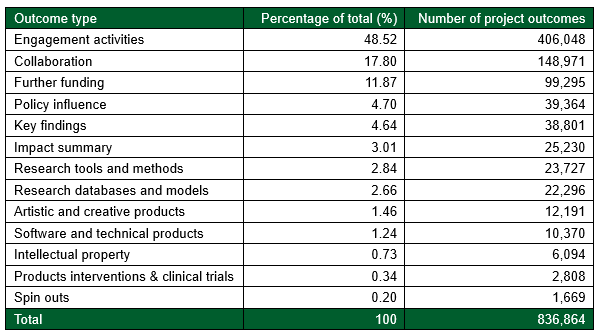 Included in the research funding is almost £5 million from the Economic and Social Research Council (ESRC) to work on “an international network of scholars, policymakers and practitioners to promote gender and intersectionality.”

Innovate UK gave over £4.5 million to a project called ‘Dinosaurs & Robots’, which “will explore how immersive technologies can be used to engage audiences of all ages with dinosaurs and robots in new ways and create a range of valuable learning and entertainment experiences.”

The Arts and Humanities Research Council (AHRC) handed over more than £3 million to a ‘Global Gender and Cultures of Equality’ project that uses “different arts based practice including creative writing, dance, exhibitions, music, theatre, performance or social media.” AHRC also provided £2 million to fund a ‘Centre for Cultural Value’ focusing on “cultural democracy, co-creation & participation,” whose “outcomes will be captured via regular research digests & blogs.”

The analysis of research funding identified a lack of robust scrutiny of the efficacy of funding outcomes, with checks and balances present in the process for the allocation of funding but not once the monies had been distributed. The TaxPayers’ Alliance is calling for new measures to assess the value for money of publicly funded research projects, including an independent mechanism to analyse funding outcomes.

"Taxpayers expect money to go towards groundbreaking projects and innovative technologies, but not to be wasted on righteous or ridiculous research.

“The current system rightly scrutinises projects throughout the application process, but lacks effective measures to judge value for money on projects that have already been funded.

“If research budgets are to continue to grow, ministers must address the real effectiveness of R&D spending by putting more focus on project outcomes.”