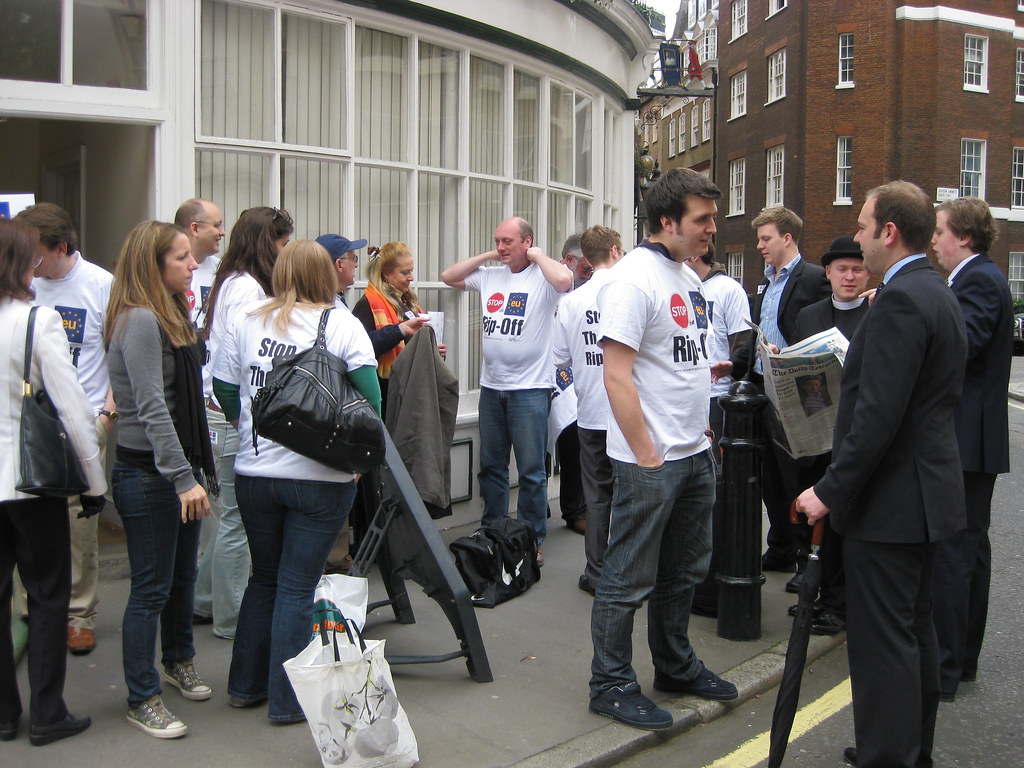 Yesterday we held a very successful action day to launch the logo and slogan of our EU Campaign:

The leaflets and the message were extremely well received and we had plenty of well-wishers and new supporters signing up on the spot. Tellingly, the only criticism we got was from people with a vested interest, like a former Eurocrat who tried to explain that it would be impossible to run the EU machine if they had to listen to the people all of the time!

The car stickers went down particularly well with London's cabbies, many of whom were not only enthusiastic to put them up in their cabs, but took more to dish out to their mates.

The TPA also had two planes pulling banners reading "Stop The EU Rip-Off" over Birmingham and London, as well - look out for a special video of that event on this blog in the next few days.

The great reaction yesterday shows that the huge £2,000 per person cost of the EU is the crucial argument as far as the taxpaying public are concerned, and that the people are way ahead of the politicians on this issue. In the corridors of Westminster, any mention of the problems of the EU must be uttered in hushed tones and garlanded with technical details to slip past the twin barriers of taboos and the whips - out in the real world around Britain, though, people are heartily sick of the EU Rip-Off. And they want the chance to say so.

To get your own free Stop the EU Rip-Off car window sticker, click here.