On Monday, we launched the first paper in our new series on foreign aid - First aid: Fixing international development. Massive thanks to Priti Patel, former aid secretary, who joined us for the launch and gave us her insights.

While government is already picking up many of the recommendations, the paper started a lively debate about the best way for Britain to help the world's poorest.

Let's take a step back for a moment.

First, the good news: the developing world is growing much more quickly than the developed world. Last year, emerging and developing economies were responsible for two thirds of global growth. This is largely down to the removal of trade barriers and a warm embrace of a more market-based economy.

As a consequence, global poverty is declining, fast. For instance, in the last 25 years alone, the amount of people living in extreme poverty has fallen by over a billion. Meanwhile, according to Bill Gates global inequality is being reduced quicker than ever before in history. And a more globalised world has done wonders for developing economies, too. When workers move overseas, they often do so to send money home to their families. These transfers are called remittances, and a record $466 billion was sent in this way to developing countries in 2017.

Taxpayers in the developed world also do their bit. This year, British taxpayers will pay a bill of over £14 billion for Overseas Development Assistance (ODA). Indeed, in 2015 Parliament passed a law stating that 0.7% of Gross National Income (GNI) should be spent on ODA. That law still stands today. 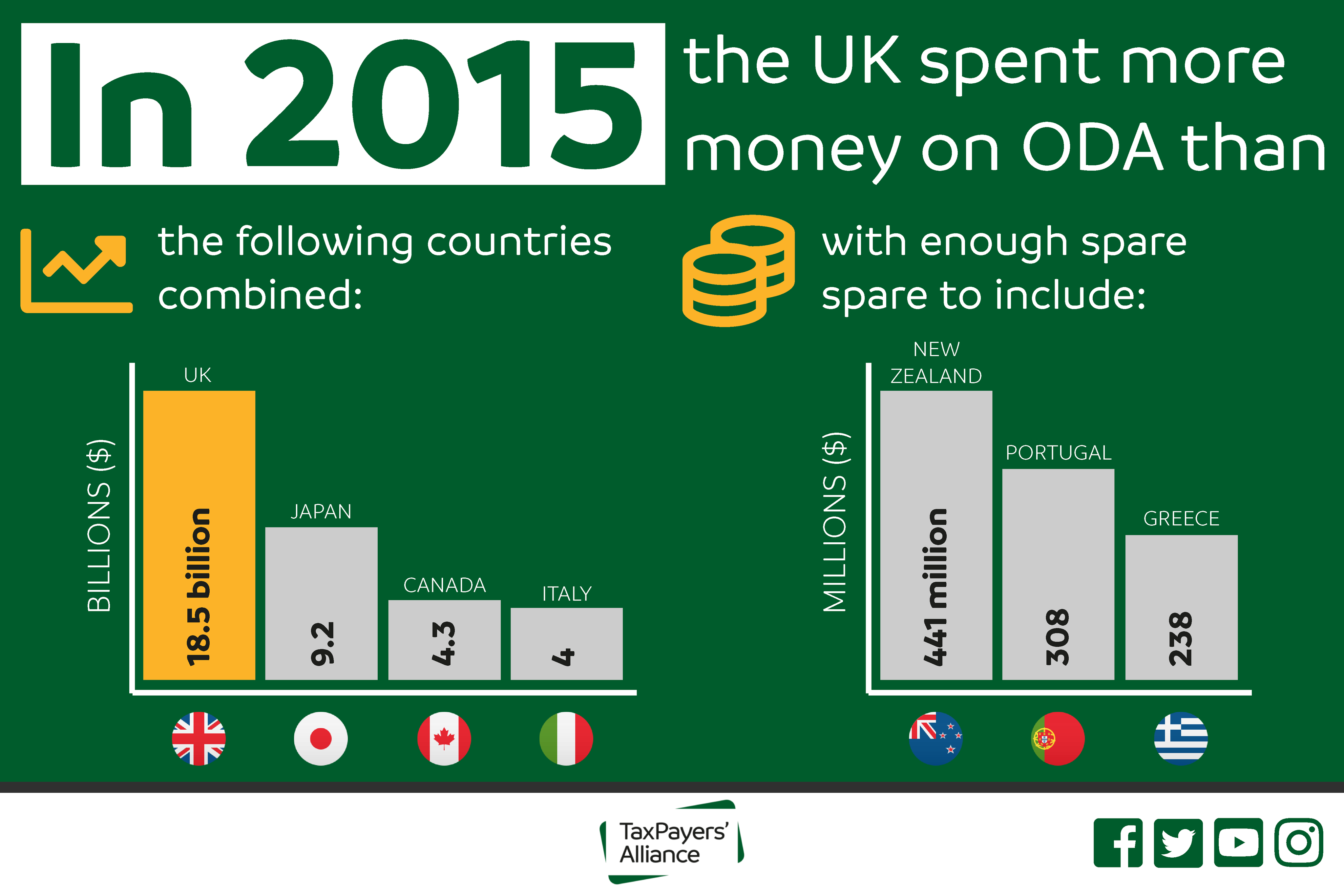 We’ve said it before and it’s still true now - establishing a spending target is wrongheaded. If, hypothetically speaking, our national income doubled overnight, it does not follow that our aid programme should automatically double, or that aid should grow exponentially faster than other public services. It also locks in the absurd notion that public spending should be linked to the country's income, rather than the amount actually raised by the taxman.

Targets also entrench the wrong mindsets among the bureaucrats in charge of distributing the money - we’ve seen examples of money being shovelled out of the door in order to meet the aid target, such as when it emerged in 2017 that the aid budget was being spent on juggling lessons in Tanzania. Other government departments use aid money for projects they could never justify from their own budgets, with little to no accountability. This form of “aid” is an affront to the taxpayers paying the bills.

What’s more, surely a target that must be enshrined in law means that we are convinced that we are never going to succeed otherwise? Britain was giving far more than other G7 nations long before the target was introduced.

In short, the target should still be scrapped.

But in the meantime, what should we do? A change in the law remains unlikely. The major political parties are committed to continuing it. A whole ecosystem of NGOs and lobbyists have grown up around it.

Our paper was about providing an answer to that question - making Britain's foreign aid spending more relevant and justifiable to British taxpayers. TPA policy analyst, Jeremy Hutton, produced an in-depth analysis, in which he highlights the many problems in the British approach to overseas development. He has found that there are many things that need to change if aid is to deliver value for money. Examples include budgeting in the financial year and holding the secretary of state for international development fully responsible for how the aid budget is spend. These measures will deliver better value for taxpayers, within the existing law and parameters.

The British are a generous bunch - we rightly put our hands in our pockets when we see problems or injustices around the world. But it can’t be said enough that free trade, market economies and personal freedoms are the drivers of economic development, prosperity and happiness. But the bad news? There's a lot more we need to do to keep reminding everyone of that.