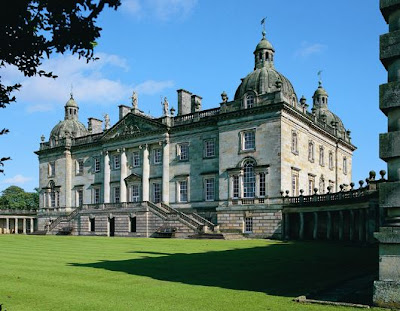 Amidst all the jaw-dropping revelations about their abuse of expenses, we have heard many MPs saying "we become MPs to serve the public... I can assure you that nobody comes into politics to get rich". Some go further, and say "these allowances are only necessary because our salaries have been artifically held back for many years... in reality, we are underpaid".

But what are the facts?

Not forgetting, of course, membership of the most generous final salary pension scheme in Britain.

So what does it all add up to, and how does it compare to the rest of the population?

Let's take the kindest possible interpretation, and just focus on salary and the additional costs allowance. On that basis, the MPs package comes to around £89,000 pa.

But unlike employee expense payments outside, MPs have excused themselves from paying tax on their allowances. So to get a proper comparison we have to gross up the allowance for 40% tax, which means it's £40,000 pa. So total pay and allowances gross of tax comes to £109,000 pa.

Now, according to the latest official ONS stats (the 2008 Annual Survey of Hours and Earnings), the median gross pay for full-time workers across the economy as a whole is £25,000 pa. And most workers get no additional allowances, and no pension to speak of.

So relative to the median worker, MPs get well over four times as much. A pretty healthy differential.

What about relative to other high earners, which is the benchmark MPs would prefer?

So MPs do considerably better even than our top 10% of earners (most of whom will not get anything like the same additional allowances and pension).

In fact, according to HMRC stats, only around 2% of taxpayers have an income over £100,000 pa, so our MPs are actually in the top 2% of the income distribution.

Most people would say that being in the top 2% make you pretty well off.

True, many MPs do need London accommodation as well as a constituency home. But taxpayers can't understand why that should not be provided in government-owned apartments, as happens in various other countries. Why do MPs need to be given £24 grand a year tax-free to spend more or less as they like?

Despite what they like to suggest, there is no serious evidence that MPs are underpaid. The ultimate test of this is the marketplace, and as the Senior Salaries Review Body, in their most recent - and weighty - report on Parliamentary pay (2007) puts it:


"...there is little or no difficulty in recruiting sufficient suitable candidates to stand for election. There does not appear to be a problem of retention. We heard no evidence to suggest that MPs are leaving the Commons because of inadequate pay."

Never mind being underpaid. The real question - the one taxpayers are asking - is whether our MPs are grossly overpaid?