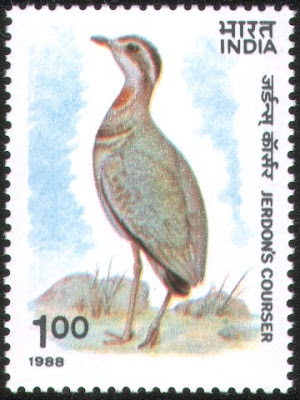 Emblematic of a much bigger issue

We've often blogged how many supposed "charities" are so dependent on state funding they are in reality little more than quangos (see previous blogs, eg here and here).

According to the Charities Commission, around two-thirds of the larger charities now get 80% or more of their income from government (eg Barnardos is 78% state funded - and now run by an ex-civil servant to boot - with NCH and Leonard Cheshire both on 88%).

Why does it matter?

As we said previously, for the charities it matters because:

But it also matters for taxpayers. As we know, we have little enough control over how our money gets spent inside government. But once we dish it out to outside bodies we have no control at all.


Which brings us to the birds. The Royal Society for the Protection of Birds now has a chunky £100m pa turnover. But whereas it once depended for its income entirely on bird loving spinsters and Bill Oddie, it now gets over £20m pa from us, the taxpayers.


Did you know that?


No, neither did we.


So what do they spend it on?


Well, one current project is to persuade the Indian state of Andhra Pradesh to protect the rare Jerdon’s courser (pic), a project that includes the diversion of a major canal. Ian Barber, the RSPB’s Asia Officer, says:

"It is crucial we find other sites hosting Jerdon’s coursers and encourage both politicians and the people living nearby to support that work."

No problem at all with the RSPB doing that, but is it really "crucial" in the sense of being something we want our taxes spent on? And should British taxpayers ever be in the business of political campaigning inside another sovereign country? How would we react if the situations were reversed? (and see this blog for the cash we spend in India generally).

It turns out the RSPB has a raft of overseas projects, from acquiring the concession licence for 53,000 ha of Sumatran rainforest, to managing aquatic warbler habitat in Poland. All perfectly fine... but not with my money and without my knowledge.

I'm guessing the RSPB would argue it's not using my money to do any of that overseas stuff. That my money is all going to fund projects in this country. But come on guys - even if I agree I want my taxes spent on birds (which BTW I don't), in reality, most of this cash goes into the same big black pot, divvied up according to your own internal accounting rules. Transparency, it ain't.

As we've noted before, getting charities more involved in the delivery of public services is another of everyone's Big Ideas. But doing so via the wholesale provision of tax funding is a recipe for even more opacity and waste than we already suffer. We don't want even more quangos. Much much better to improve the tax incentives for private donations.


If you like what you’ve read please join and become part of our grassroots campaign for lower taxes - for FREE - here.