Since the TaxPayers’ Alliance published Briefing: highest tax burden this year since 1969-70 in July 2018, the fact that the tax burden is now at a 50-year high has become widely known and has informed public debate. This briefing shows the tax burden under each prime minister since the second world war1 and then estimates what the tax burden will be under the proposals in the party manifestos of Boris Johnson and Jeremy Corbyn.2

Recent TPA polling3 asked which one recent leader respondents had ‘most respect’ for. Thatcher was selected by 27 per cent compared to 5 per cent for May and Cameron and 4 per cent for Major. 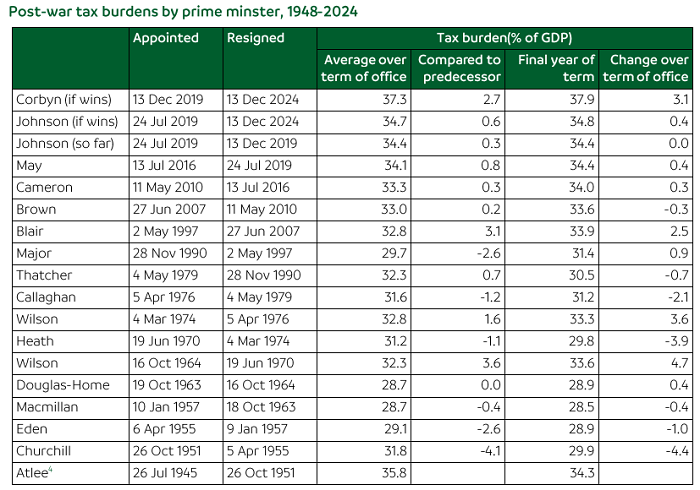 1 OBR (annual) tax burden data was allocated to each day. The sum of these daily numbers was divided by the number of days served. OBR data available at www.obr.uk/data.

2 Both parties’ manifesto tax revenue estimates were used. No changes in GDP forecasts were assumed.