Local councils are always looking for inventive new ways to take our money. With many hesitant to raise council tax and face a backlash from angry taxpayers, politicians have resorted to clever wheezes like 'Clean Air Zones'. These zones charge motorists for driving into local towns, under the mistaken belief it will be the best way to cut pollution.

In Southampton, the council had planned to introduce a clean air zone charge which would have seen operators of certain vehicles facing a £100 per day tax to operate in the city. In response, we produced research and our activists travelled to Southampton to campaign against the charge. Alongside the sterling efforts of local champion, Royston Smith MP, the council was forced to listen and admit it would be scrapping the scheme.

In Bath, the council proposed charging HGVs and coaches £100 a day and non-compliant taxis, vans and cars £9 a day to drive into the city centre. Ahead of a special cabinet meeting on proposals for a clean air zone tax, we produced research and campaigned against the proposal, speaking to local residents and businesses about Bath & North East Somerset council's plans. Our findings showed that this would hurt tourism, hinder businesses and restrict the city's economic growth. Ahead of the cabinet meeting we sent an open letter to councillors urging them to scrap the charge on taxis, van, lorries, minibuses and coaches but unfortunately the proposals were voted through. It could have been much worse as the council had previously considered charging cars £9 per day and our efforts helped to ensure this didn't happen. Watch our video on Bath here.

These zones can be stopped. It’s right that the government is taking air pollution seriously, but charges like this are not the right answer. Local authorities should be looking at alternative ways to tackle pollution, such as improving transport infrastructure to reduce congestion, instead of taking the lazy and damaging approach of simply levying another tax. Voters rarely thank them for it at the ballot box. 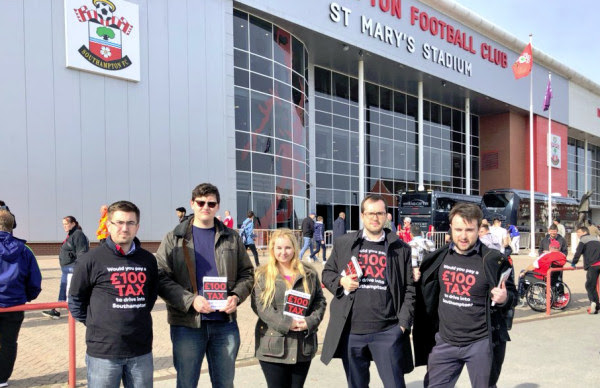