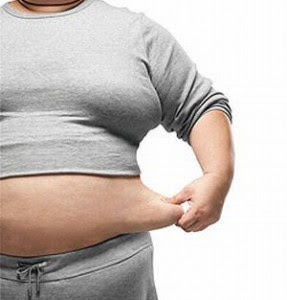 It's going to take more than a shot of Botox


It seems we're all cutters now.

Even Schools Secretary Balls has flipped a back somersault since he made his unconvincing "investment" claims back in June. Back then, he told us: "I think with tough choices we can see real rises in the schools budget in future years". Three months later, he now says he'll axe 5% off the schools budget.

Apparently he believes he can run our state schools just as well with 3,000 fewer heads and senior teachers. He says:

"You might have a head teacher and a team of deputy heads working across the different schools."


It's a classic top-down measure that assumes Whitehall knows how to run schools better than the head teachers themselves. Which is precisely why there aren't enough good heads to go round: few people relish being the middle management meat in the sandwich between Whitehall and parents (see many previous posts on head teacher recruitment problems, eg here).

But however crazy this frontline cuts proposal is, at least Balls is offering a real £2bn cut. Which is more than can be said for some of the government's other mooted cuts ideas now being spun into the media.

Take the imminent scrapping of ID cards. Many of us have long argued for it, so it's welcome. But sadly, it won't save that much money, because the planned biometric ID cards are a joint project with the new biometric passports, and (apparently) we have to go on with them. In the TPA/IOD cuts paper we estimated the saving at £55m in 2010-11.

But the relatively modest size of the saving has certainly not stopped the government briefing the cut widely to the press. “It may just be a gesture but it’s exactly the sort of gesture we need,” was how one "senior figure" put it.

Except of course, it was precisely such gesture politics that landed us with so much wasteful public expenditure in the first place. And cosmetic surgery designed to avoid facing the real issues is exactly the sort of gesture we don't need.

And what about those £20bn NHS cuts the government got McKinsey to work up over the summer (see this blog)? Although Health Secretary Burnham told us they are "savings", his spokesperson immediately issued this clarification:


ie the "saving" is purely cosmetic, and will not reduce overall spending one jot.

In reality, there no serious chance that Mr Brown's fag-end administration will come up with any serious cuts programme between now and the election. And in reality, nobody - including the financial markets - expects them to.

Much more important is that Mssrs Cameron and Osborne come up with the real deal. We simply can't afford cosmetics from them.

And just to underline the magnitude of their task, here are a couple of charts from a very useful paper just published by the Institute for Fiscal Studies.

The first shows what happens to government debt as a percentage of GDP over the next three decades without any fiscal tightening.

As we can see, debt goes above 100% well within the next decade, and reaches arround 170% of GDP by the end of the period.


The second chart shows public sector debt interest, again, as a percentage of GDP. It shows the interest burden beginning to spike up alarmingly as soon as next year:


But the IFS numbers are almost certainly a best case. They are based on HM Treasury's own projections, and in particular, on HMT's belief that our "structural deficit" (ie the deficit that will not disappear automatically as the recession ends) is "only" some 6% of GDP.


If instead, the OECD's estimate of c 10% is right (see this blog), our debt grows very much more rapidly than in the IFS's chart. Indeed, on the OECD's figures, it will shoot above 100% of GDP within the next 2-3 years.


And if that happens, another critical HMT assumption will almost certainly fall. There is no way the interest rate on government debt will remain at or around current levels, because the markets will take fright. And as we've blogged many times, that would mean a big hike in the cost of borrowing, and a big hike in debt interest costs.


We simply cannot afford to settle for cosmetic surgery.


However painful, Cameron and Osborne will have to get an immediate grip on the real problem - the flab within.