English Heritage seems determined to spend millions of pounds of taxpayers’ money on not altogether necessary changes to the site around Stonehenge in Wiltshire.

The saga began last summer when the Coalition government cancelled a proposed £25m scheme to replace the current visitor centre and shift it one and a half miles away from the stones, as well as diverting the nearby A344. This was all for aesthetic reasons so as to present the Neolithic stones in a more pleasing environment away from horrid cars and pesky tourists.

At the time, the Chief Secretary to the Treasury said the scheme had been devised when the previous government was going on a ‘pre-election spending spree’ and the English Heritage proposal did not ‘represent good value for money’. 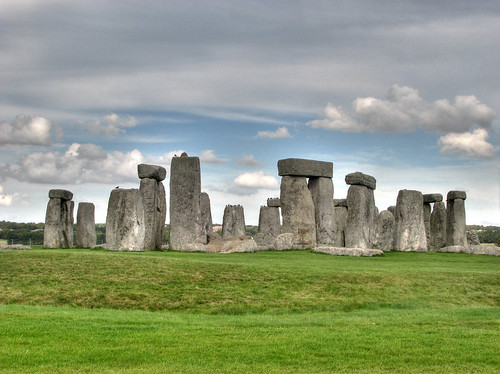 Five months later, however, the scheme was back on when English Heritage received a £10m grant towards the new visitor centre and closure of the A344. Now, it is happy to see taxpayers’ money spent on a costly public inquiry into diverting the road away from the site so as to ‘restore the dignity’ of the stones.

Chief Druid Arthur Pendragon, however, smells a rat, believing the costly shifting of visitor centre and road will actually reduce public access to the prehistoric monument and give English Heritage a monopoly over visiting it.

‘We will not shrink from our responsibilities,’ he says, ‘to ensure that future generations can enjoy the environs of Stonehenge and the World Heritage site without being excluded for fiscal reasons.’

Still, maybe we should be grateful for small mercies, as English Heritage had earlier asked for £500m so they could place the section of road that runs nearest the stones to be hidden away in a tunnel. Even the previous free spending government thought this was going too far and binned the extravagant scheme in 2007.