Council tax is a major drain on the bank balances of many households. Taxpayers all over Britain constantly have to pay inflation busting rises every year. Our research has shown that on average between 1997 and 2017, council tax increased by 57 per cent in real terms across England. At least in England rises in council tax are capped (usually to around 4 to 5 per cent) but this is not the case in Wales, where in previous years many councils have imposed double-digit rises on their residents.

We have long campaigned against these rises and our research reveals that many councils still have plenty of fat left to trim from their budgets. Be it mayoral cars, bloated press departments and business class flights, to name just a few, local authorities are not managing taxpayers’ money wisely.

Our 2018 report, Twenty Years of Council Tax, showed that between 1997 and 2017, council tax in England had increased by 57 per cent in real terms.

We regularly visit towns and cities from Plymouth to Powys, Aberdeen to Ashford to hold councils to account. In Powys, for instance, the council wanted to impose an astronomical rise of 12 per cent in council tax. Combining the resources of our research, media and grassroots teams we were able to force the council to reconsider their plans. The rise was confined to single digits and Band D households saved just over £36 per year.

In February 2022, we descended on the London Borough of Havering to fight against a planned rise in council tax. Despite having the fourth highest council tax bills in London, Havering council still planned to hammer hard-pressed residents with a 3 per cent rise. 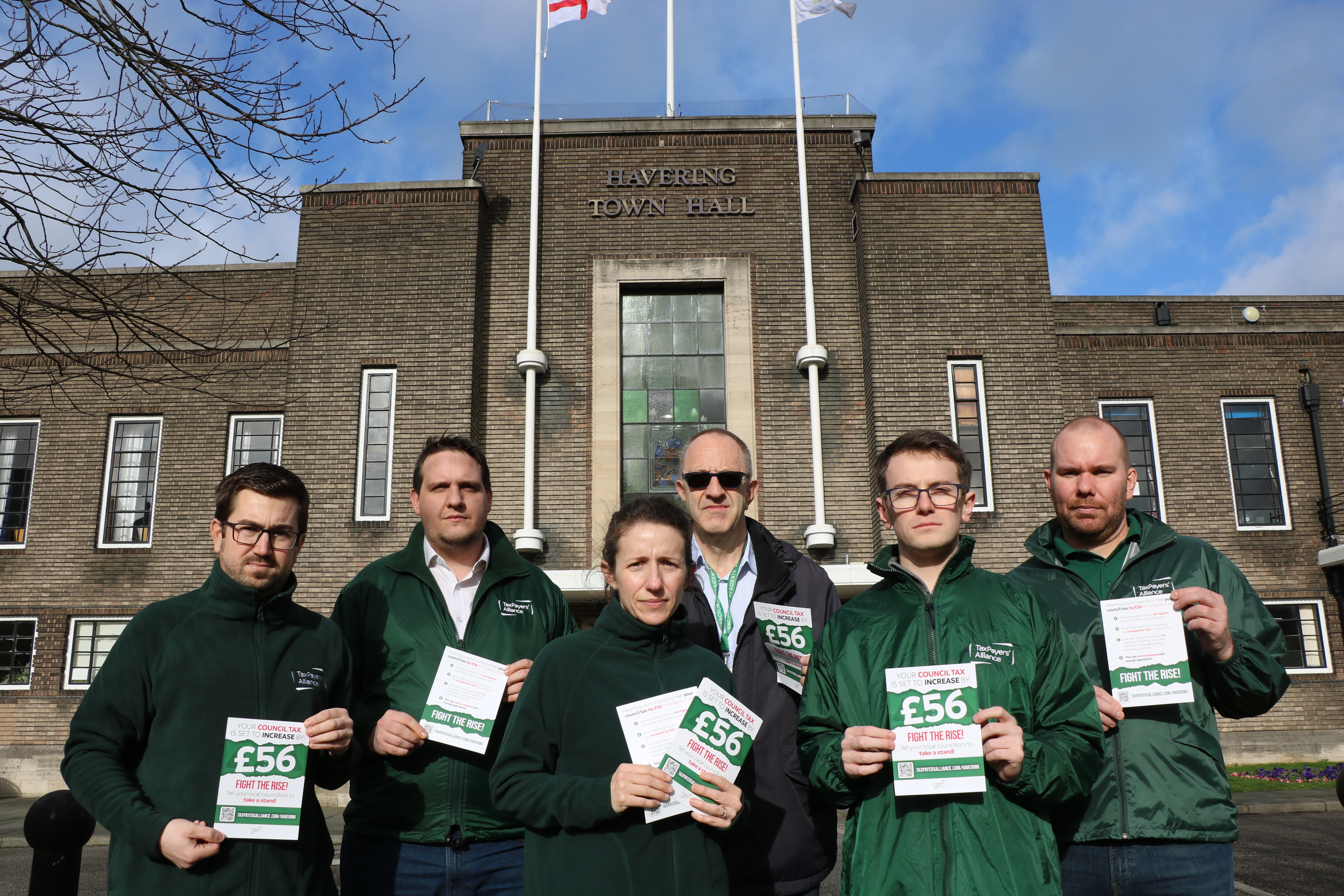 We highlighted that the rise is unnecessary given the generous allowances that Havering councillors receive at a time when many households can't make ends meet. Our efforts didn't go unnoticed with many local politicians voicing their support.

Our campaign culminated with an unusually long (5 hours to be precise) meeting of the council. In the end, alternative budget amendments from opposition councillors saw Special Responsibility Allowances (SRAs) cut by 15 per cent - a saving of just over £77,000 to local taxpayers.

The council is now on notice that wasteful spending will not go down well with residents and the money saved in SRAs can be put back into frontline services.

There is still more to be done though. At last count 171 local authorities in England are now charging £2,000 or more for Band D council tax bills.

Many councils continue to blame central government funding cuts and plead poverty whilst remunerating failing chief executives with gold plated pay packets. We will continue to expose wasteful spending by councils. Longer term, we are calling on politicians to consider a new funding model for local authorities, as we have laid out our landmark publication The Single Income Tax.

Please email us if you are fed up with inflation busting rises and want the TaxPayers’ Alliance to campaign in your area.