In 2010, to highlight the crushing size of the national debt, we undertook a 1,500 mile tour of Britain – featuring a 7metre long, lorry-mounted digital Debt Clock, ticking up as the Government borrows more and more money. The message to the nation's politicians was: "Wake up to the National Debt!"

Before the Debt Clock we’d campaigned against the Government’s dangerously high levels of borrowing with research showing that Brown planned to borrow double the debt needed to win World War 1. 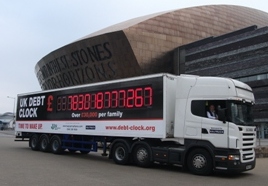 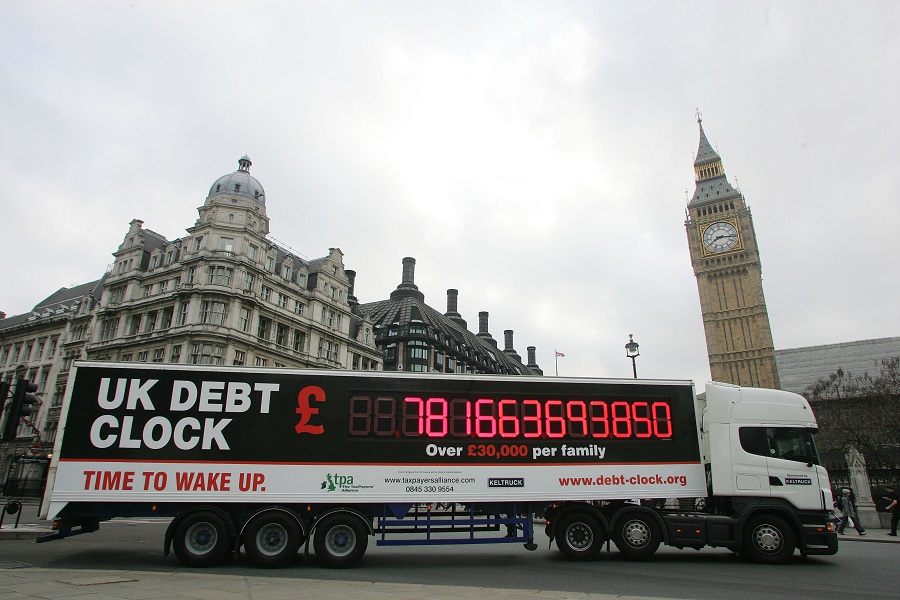 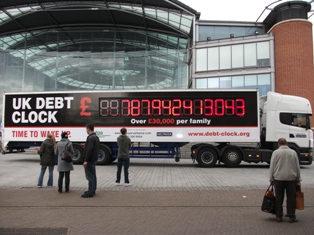 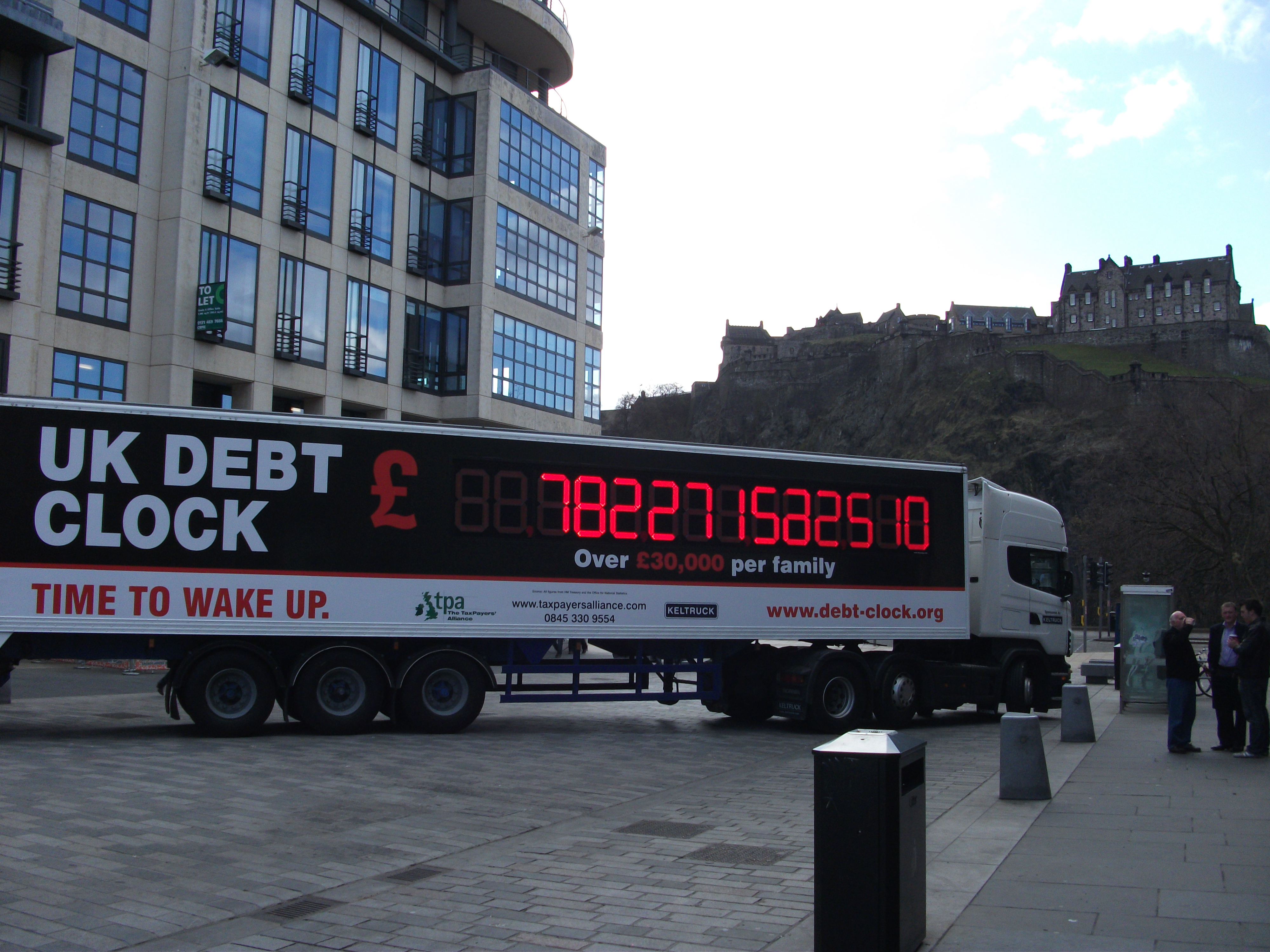 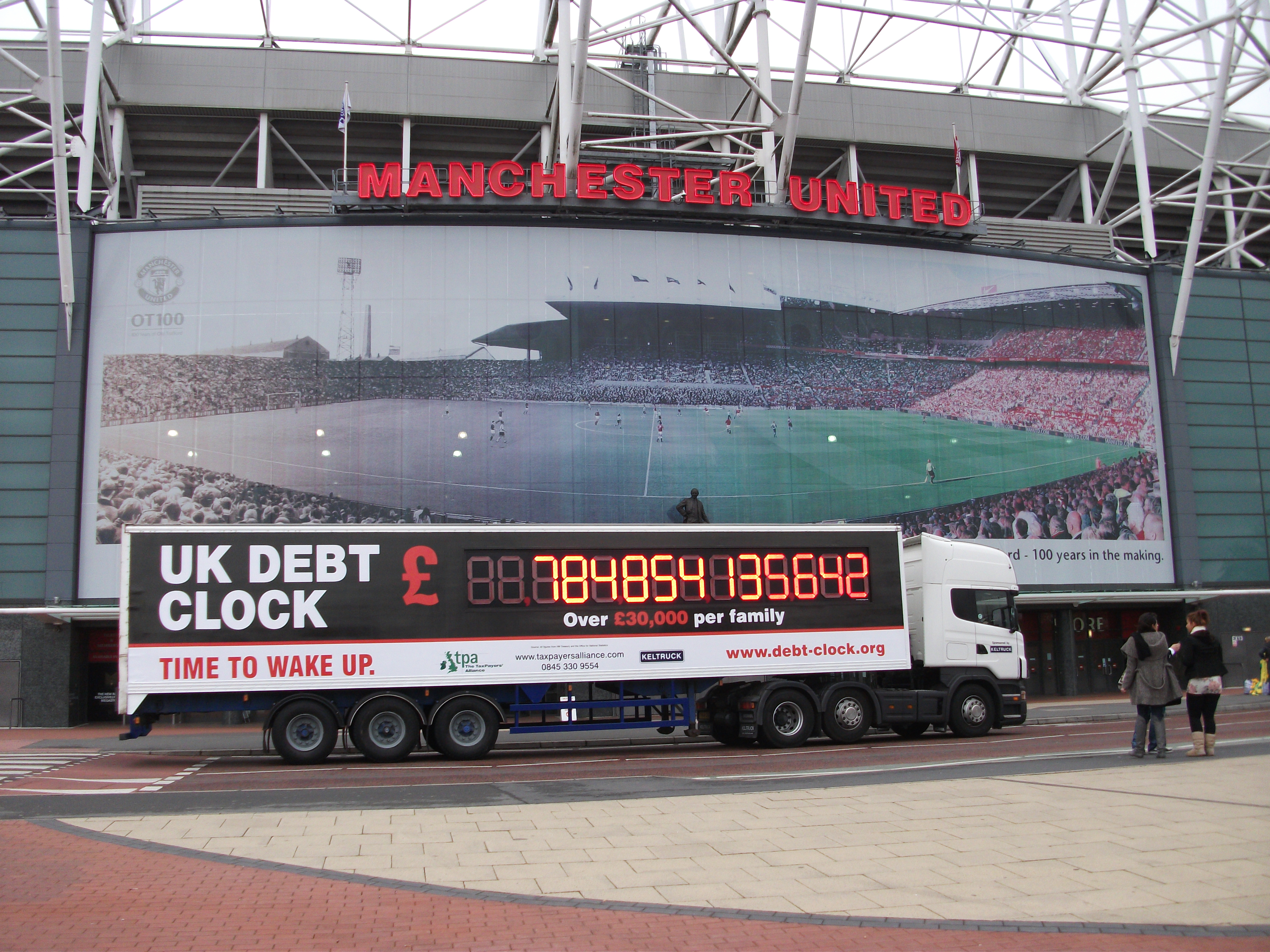