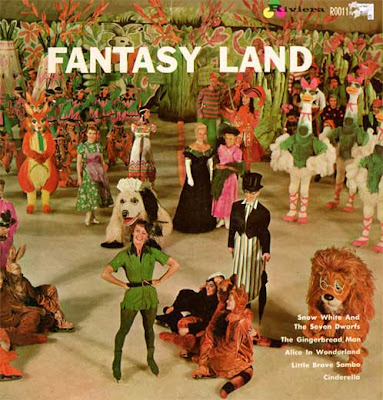 As they keep reminding us, the government's fiscal strategy is to halve the deficit by 2013-14. In Mr Darling's words:


"Backed by legislation... the Government will ensure public sector net borrowing, as a share of GDP, falls every year and is more than halved by 2013-14."

And according to their latest projections that is precisely what they will achieve - Public Sector Net Borrowing (PSNB) falls from 12.6% of GDP this year, to 5.5% in 2013-14.

But even if the markets can live with that speed of retrenchment - and many think it's not fast enough to maintain confidence - there is still a serious problem. Because the government's projections are based on a range of assumptions that bear virtually no resemblence to the likely shape of the real world - it is a fiscal fantasyland.

Part of the fantasy is an assertion that they can achieve their projected retrenchment without cutting so-called frontline services, and without increasing taxes beyond what's already been announced. As we've blogged many times, given this government's lamentable track record on public sector efficiency, that's going to prove impossible. Moreover, so far they have even failed to specify where their assumed "savings" are coming from - which specific spending programmes are going to face the budget axe.

But there is another even more dangerous strand of fantasy - the government's official assumption that Britain's economic growth will soon bounce back to 3.25% pa:

So according to the Pre-Budget Report, over the five years from 2010-11, GDP growth is supposed to average 3% pa. But in a world of over-indebtedness, zombie banks, and tax increases, that is extremely unlikely. Consider:

So what happens to the deficit if the government's fantasy GDP growth doesn't materialise? Because as we all know, growth is the vital driver of fiscal health. Without growth, tax revenues remain depressed, welfare spending increases, and the government's borrowing pledge won't be worth the legislative paper it's printed on.

The Institute for Fiscal Studies attempted to answer this vital question in their recent Green Budget. They are naturally too polite and circumspect to accuse the government of spinning a fantasy, but they did take a close look at the fiscal consequences of slower growth.

Their central case is that GDP growth will average 2% pa over the next five years - pretty much the consensus view among independent forecasters. And on that basis they project that the 2013-14 borrowing requirement will be about 1.7 percentage points of GDP bigger than Darling forecasts - ie 7.2% of GDP (see page 125). Which means the deficit only shrinks by around 43%, rather than halving.

But to many, 2% pa GDP growth still sounds too optimistic, and they are more convinced by the IFS's pessimistic case. That assumes average growth of just 1.3% pa over the period - more than we got following the 1976 IMF visit, and more than Japan got in the 90s, but closer to the likely outcome than the IFS central case.

And on that basis, the IFS project that borrowing in 2013-14 will be around 8.2% of GDP, or a cut of just one-third. We'd still be having to borrow £120 - 130 bn pa, and our official national debt would be well in excess of £1.5 trillion. We'd have long since ceased to be a AAA credit, and the likely level of gilt yields doesn't bear thinking about.

So is the government going to correct its fantasy projections in its forthcoming budget?

We'll have to wait and see. But if they don't, we should all all bear in mind the much more plausible numbers produced by the IFS. Because those are going to be much closer to the real starting point for the real budget following the election. Whoever wins.
This website uses cookies to ensure you get the best experience.  More info. Okay