In many cases fuel is the only sensible option for getting to work, taking children to school and doing the weekly shop. But, despite this, British petrol taxes are higher than any other country in the EU. Fuel Duty directly contributes to the cost of living, pushing up bills for people around the country.

In 2013, we created special fuel tax stands that were displayed on the counters at over 5,000 independent forecourts. This showed people the burden of fuel taxes right at the moment they were paying. We also produced research which showed how much more motorists were paying in excess taxes above the cost of driving. Freeze Fuel Tax was backed by The Sun and extensively covered in the broadcast media. We also encouraged taxpayers to write to their MP using our dedicated website. Our campaign helped secure the freeze in Fuel Duty announced by the Chancellor at Budget 2013. 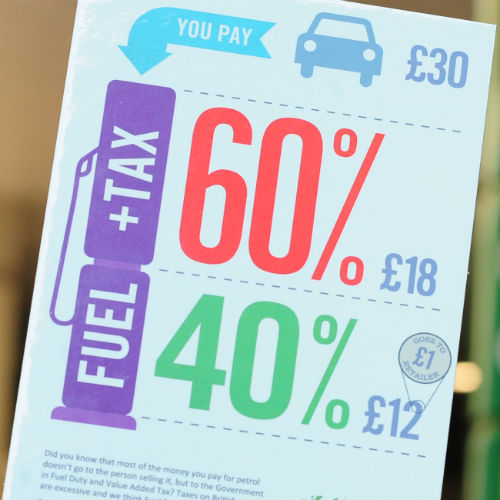