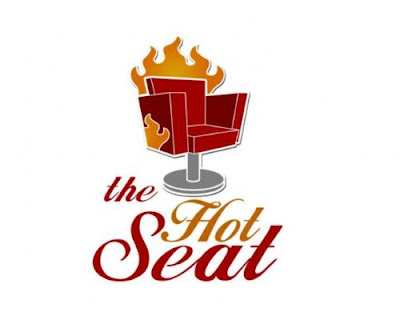 This week's reports from the IMF and Standard and Poors (see this post) have piled the pressure on George Osborne.

The IMF says he must be much tougher than Darling in tackling the build-up of public sector debt. And he must place the emphasis on cutting expenditure rather than raising taxes.


"... we conclude that, following the election, the next government's fiscal consolidation plans are unlikely to put the U.K. debt burden on a secure downward trajectory over the medium term."


So the heat is on, and George Osborne is the man strapped in the flaming seat.

What must he do?

First, as we've repeatedly blogged, he must set out an explicit Medium Term Fiscal Strategy. It needs to incorporate a robust and quantified set of fiscal rules covering government borrowing, debt, and most crucially, spending. That last element was the gaping hole in Brown's famous fiscal rules, and Osborne must close it.

The Strategy must set out a clear, and inevitably, stoney path for cutting the burden of government expenditure. A path which must be linked to, and driven by, a sustainable projectory for borrowing and debt. Spending must be driven by affordability, not grandiose social engineering projects.

Second, he must establish an independent fiscal monitoring authority to keep a very public eye on him - as he has promised to do (Another quango? Yes, but a critical one, fully funded by closing scores of others. And if the government is that strapped, perhaps the TPA might be able to put something together pro bono).

Third - and by far the most difficult - he must actually cut spending.

Unfortunately, that last task has just been made even more difficult by the MPs expenses scandal. For how can these duck feather-bedded MPs possibly wield the axe on the poor and heavy laden? Where is their moral authority?

Take welfare. That comprises around one-third of all public spending, so it cannot possibly escape the cuts. But unlike say healthcare, where you can take refuge behind the argument that "efficiency" will deliver painless cuts (as Philip Hammond did on yesterday's Newsnight), cuts in welfare benefits mean someone loses cold hard cash.

Consider just one of the more radical money-saving ideas - a redefinition of the poverty line (eg see this post).

The current definition of poverty is 60% of median income - ie households living below 60% of median income are defined as being poor (actually, it's 60% in so-called "equivalised income" terms - see here). And government welfare payments are driven by the desire to ensure nobody is below 60% (that's what Labour means by "abolishing" child poverty).

But there's nothing magical about 60%. Years ago, it used to be 50%, and that was when median incomes were much lower than they are now. By and large, 50% of today's median income is more than enough to buy food, shelter, and clothing; indeed, it's enough to buy TVs, DVDs, and washing machines as well.

So given our dire fiscal straights, some have suggested returning to 50%. A rough estimate says that could save perhaps one-third of the welfare bill - a staggering £50-70bn pa. In one bound, we'd have solved our fiscal crisis.

But can we imagine George Osborne being that radical? And can we imagine our moat-owning, property-flipping, cosseted, chauffeured, MPs being ready for the howls of outrage that would greet such an attack on the poor?

I think we all know the answer.

But if we rule out welfare as being off-limits, and if we also rule out the NHS, and schools, and overseas aid, pretty soon there's nothing left to cut.

Except of course, the second duck home allowance.

If Mr Osborne is going to deliver anything like what the IMF and the financial markets will demand, he will have to grit his teeth, stop reading the Guardian, stop watching the BBC, and keep his eyes on the prize.
This website uses cookies to ensure you get the best experience.  More info. Okay