On Wednesday, three of us from Tufton Street made our way to Liverpool John Lennon Airport to continue our week of campaigning against Air Passenger Duty (APD), calling on the Chancellor to axe the hated Holiday Tax.

Two lattes, three trains and four hours later, we finally arrived and unpacked. Our stand was set up just as holidaymakers headed to departures, which meant we had an audience of flyers who at this time of the year are all too aware of the painful effect that APD has on the price of going away.

We campaigned with two additions to the team: David, a wonderfully engaged local activist and Hector the Taxman, a cardboard cut-out of the 1990s HMRC cartoon. We got a lot of entertainment from photographing Hector in departures, in duty free, and of course, posing with the John Lennon murals. It appears we have found the real Fifth Beatle! David, who also joined us on our War on Waste Roadshow when we stopped in Liverpool, was rather more active than Hector however. 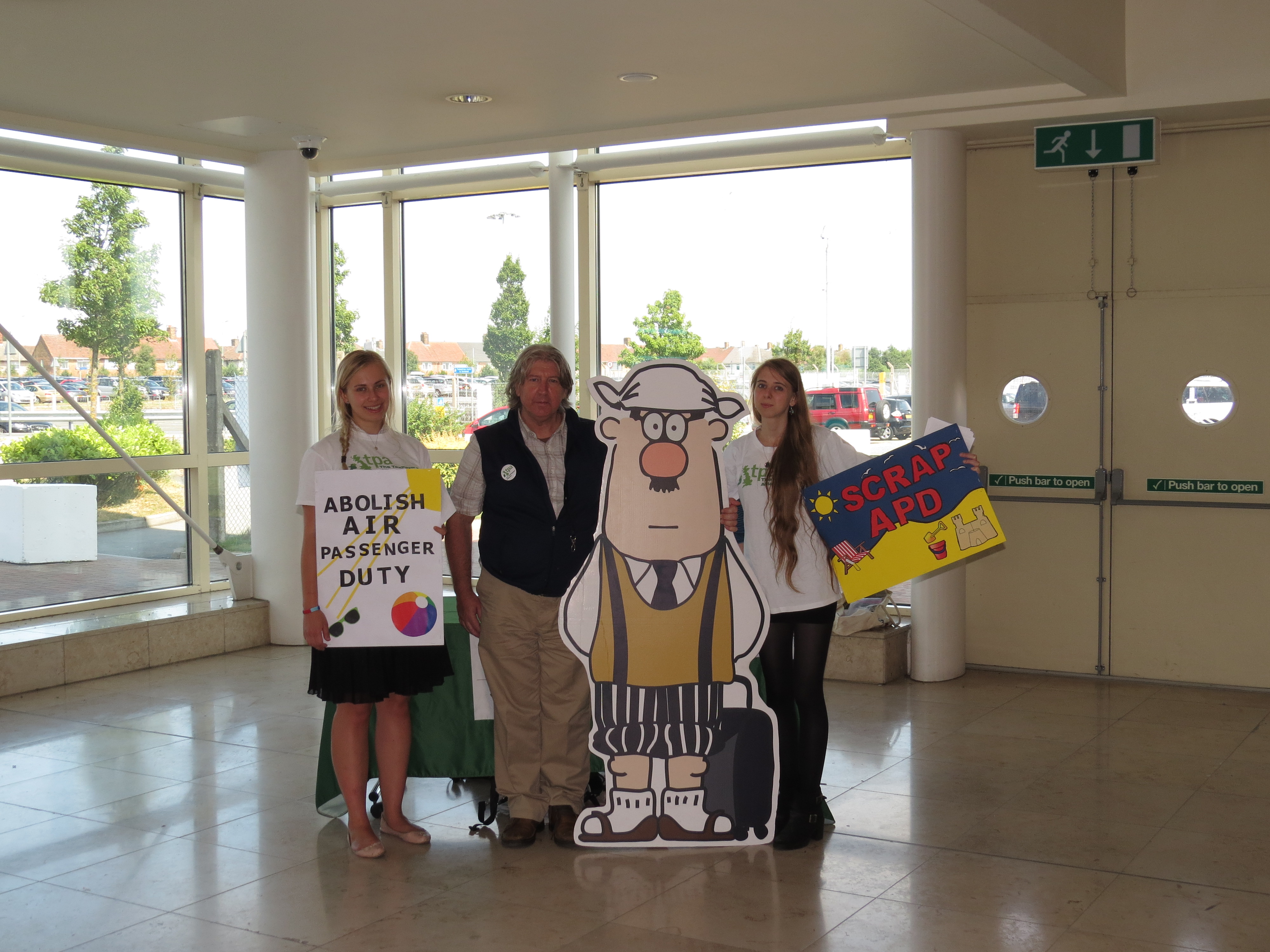 We generally had a good reaction to the campaign, especially amongst families, when having to pay the £13 charge on a short-haul flight for every family member really makes a difference. Staff at the airport were also particularly sympathetic. After all, a reduction in APD would increase traffic through the airport and create more jobs too.

Going home, we were pleased with the progress that the campaign is making so far, spreading the message across the country. APD is a tax that hits ordinary people and businesses alike – it doesn’t make sense, after all, for the Government to tell firms to export across the world and then charge punitive rates on exploratory visits – and we’re hopeful that the Chancellor will listen to country when he stands at the Despatch Box to deliver the Autumn Statement later this year.