The so-called "cuts" haven't hit Tameside as of yet, as demonstrated by further waste in taxpayers' money. Tameside Council has forked out £4,995 on training and leaflets for staff and councillors giving them guidance and tips on how to walk as part of the council's wellbeing strategy. The scheme was carried out by a private company named Urbanwalks which also carries out work for other public sector organisations. For £4,935, Urbanwalks carried out a risk assessment along with the mapping of six local walking routes for staff and 5,500 leaflets to be printed for each member of staff. An additional £60 was spent on a day’s training for two staff to become "walk leaders". When I asked what training was involved for a walk leader, I was given this response:

"The course comprises of theoretical study including the health and safety implications of leading a walk as well as a practical element where an example walk will be undertaken by all the course participants.”

In addition to the two walk leaders, Tameside has 16 additional 'wellbeing champions' who 'promote wellbeing initiatives aimed at a healthy and happy workforce'. Staff such as the council’s legal officer, environmental health team leader, and work group manager have taken the opportunity to skive off. A full list of staff titles can be viewed in the document below. Tameside Council says that staff mostly carry out these duties in their own time such as lunches and before and after work. When I asked for a cost of the time that staff had spent co-ordinating and how many had participated in these activities, I was told that Tameside Council doesn’t monitor this information, despite the council stating that the urbanwalks scheme was well received. Tameside Council states that the funding came from cash for the council's 'Older People's Project.' This is a disgrace as the money should have gone on providing care for the elderly, not on some self-serving pet project for staff wellbeing. These are clearly the priorities of the council which has been vehemently  attacking the government’s deficit reduction plan.

There also seems to be some major porkies contained in the FOI response as Tameside Council’s HR department claims the scheme was open to any member of the public and delivered to locally based walk leaders. I didn’t even knew we had any in the area. Yet the training was only taken up by Tameside Council’s very own HR Manager and Senior HR Practitioner. The leaflets printed also explicitly state that the scheme is for council staff and elected members with no mention of the public getting involved. I bet your dying to have a look at these leaflets. Well, Tameside Council has said that Urbanwalks have requested the leaflets not be published due to copyright. However, we believe it is in the public interest to publish the leaflet - which taxpayers paid for - and it can be found below: 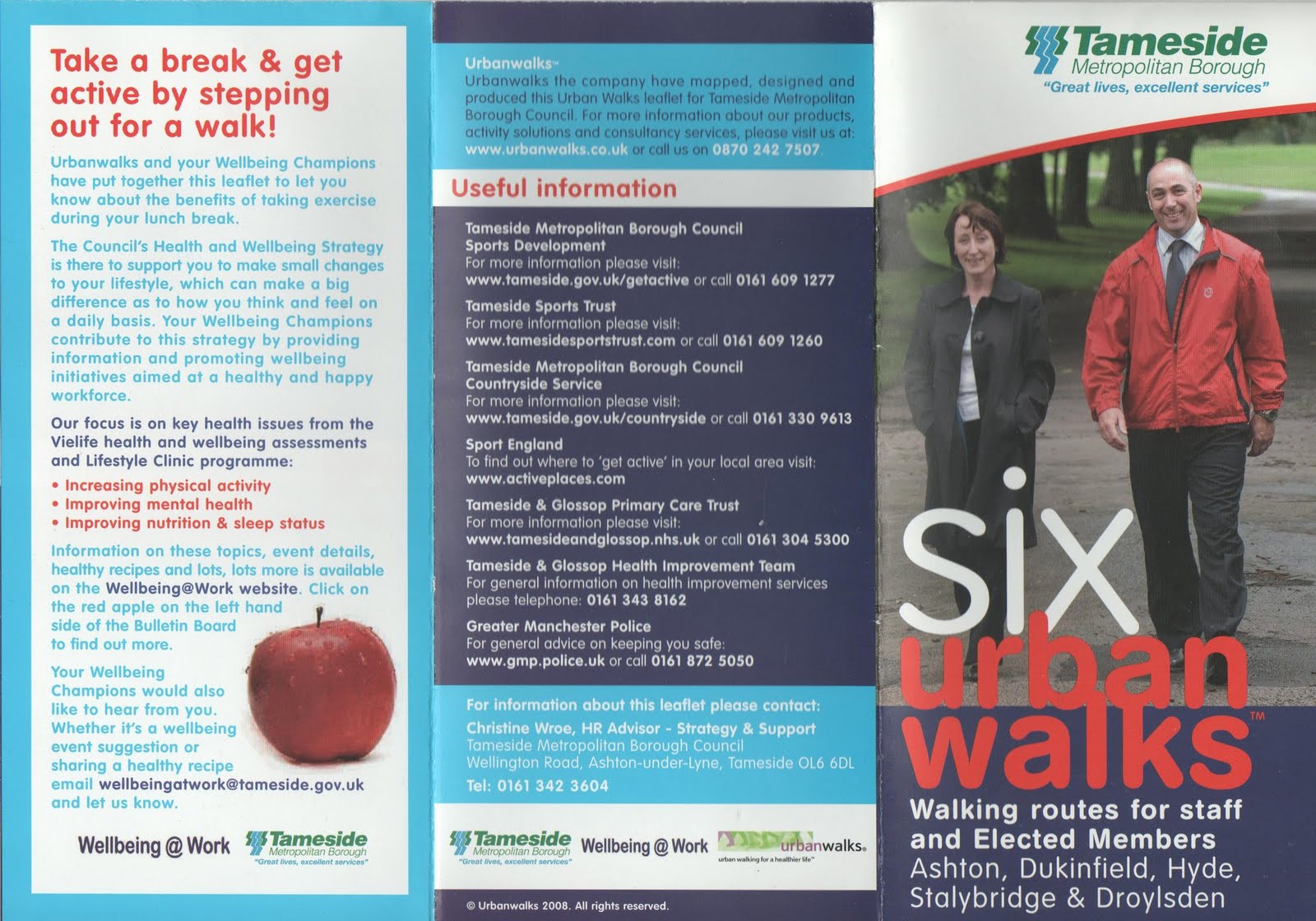 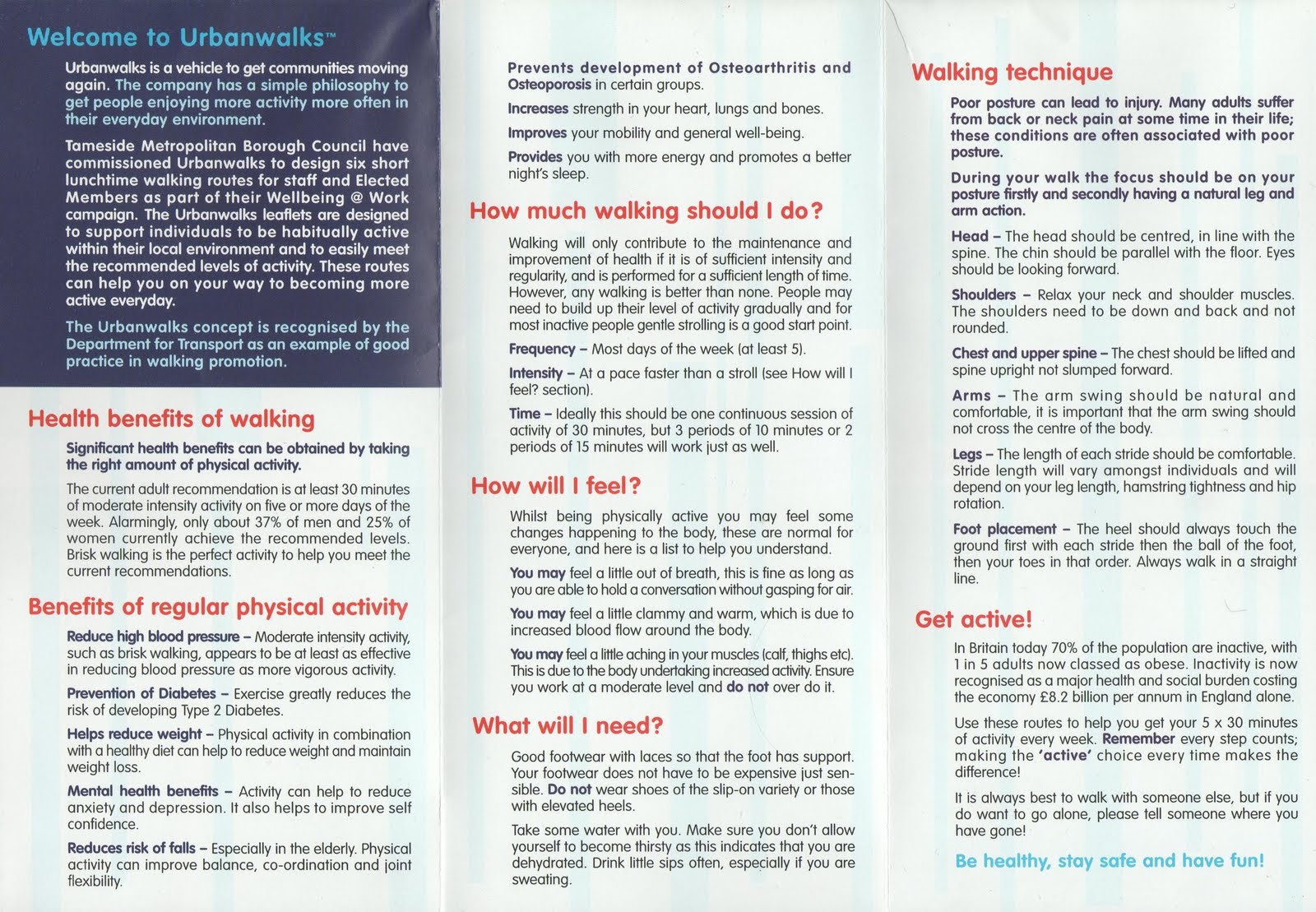 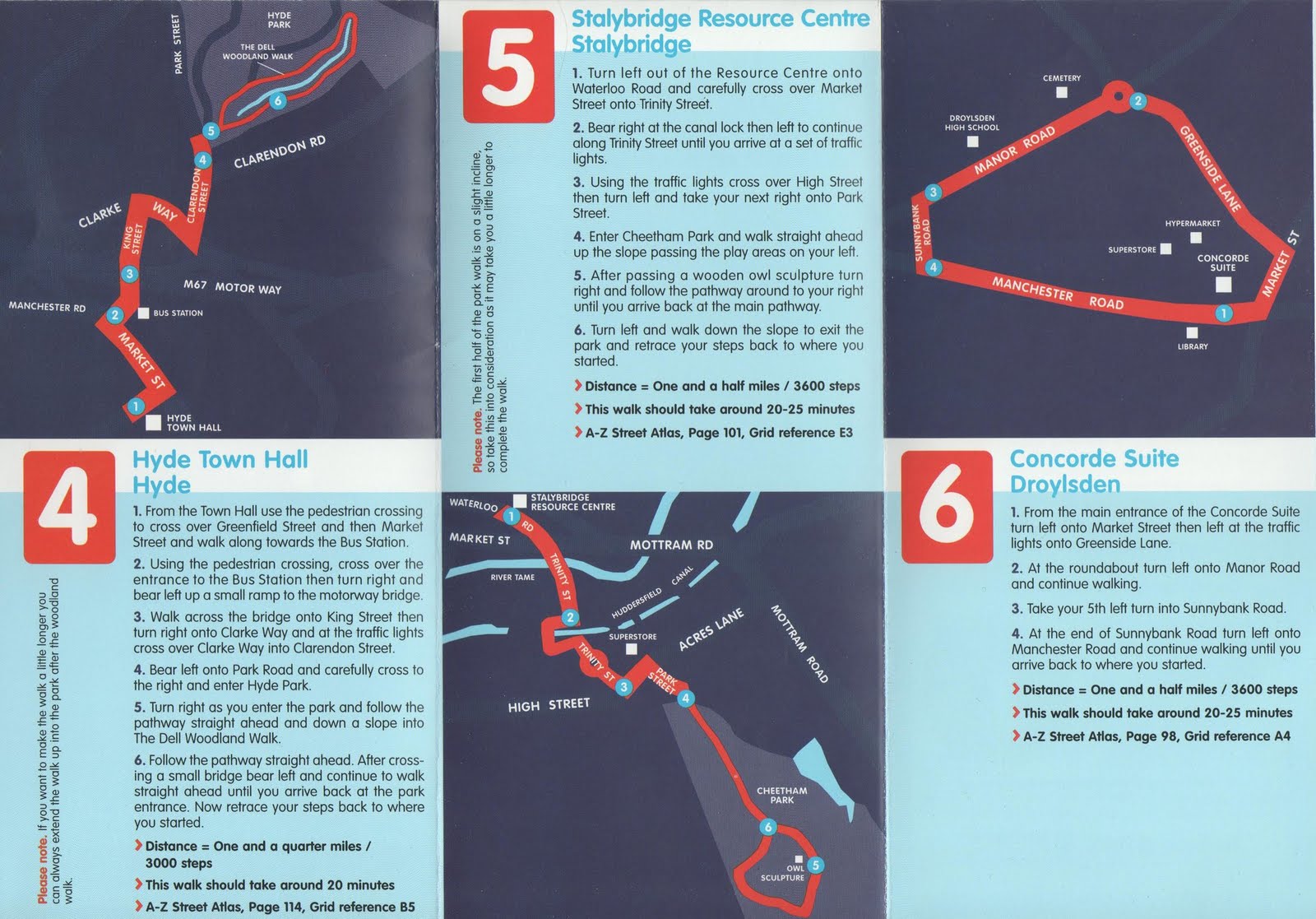 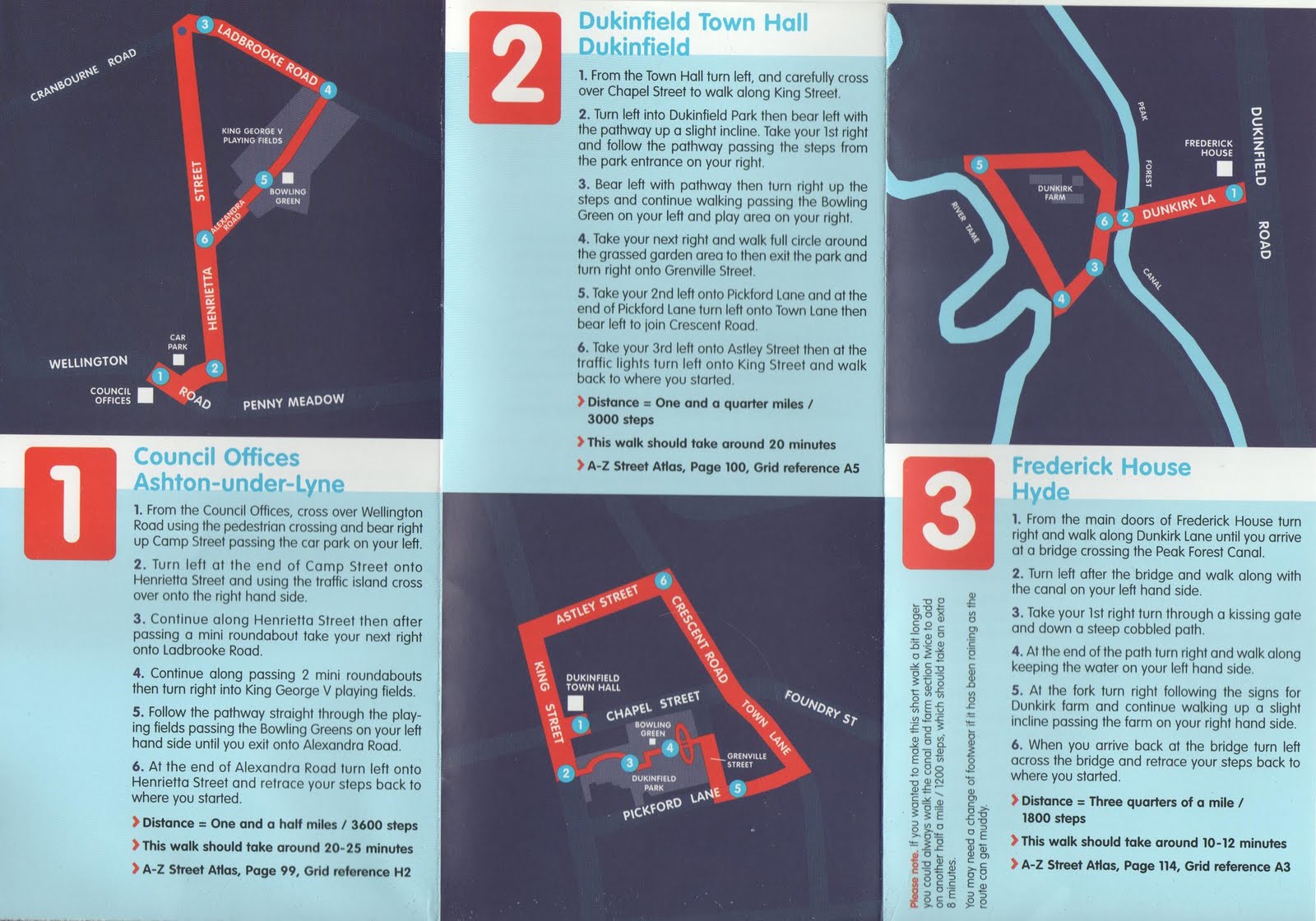