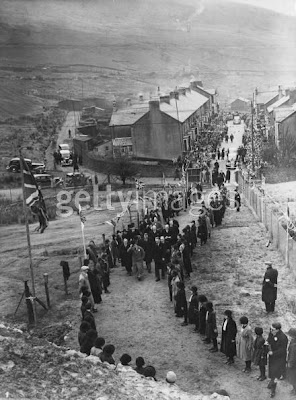 Something must be done, and it was... the trouble is it's since been overdone

But these days, welfare is available to pretty well everybody. Even rich bankers on Canary Wharf can get welfare. It doesn't matter how rich you are, there'll usually be some way of getting your snout into the welfare trough. From Child Benefit, to free bus passes, to the winter fuel allowance, the opportunities are there. If you want some, you can get some.

We've been reminded of this by reaction to last week's TPA report on welfare reform. It's been pointed out that our proposal to redefine the poverty line - lowering it from 60% of median income to 50% - would remove welfare support from families who, while not poor, would lose a substantial chunk of their current welfare income.

Now as it happens, the Office for National Statistics has recently published its latest annual report on the effect of taxes and benefits on household incomes. It covers 2008-09 and it shows us just how much welfare is received by households at different income levels.

Let's leave pensioner households out of it (as we did in the TPA report), and focus on non-retired households. The ONS figures show that households on around median incomes (gross incomes of £32-35k pa) on average get well over £3,000 pa in cash benefits. A 10% top-up to their own not insubstantial incomes from welfare benefits.

And here's how it looks across the entire income distribution (non-retired households only - excluding pensioner households):

So as we can see, under our current welfare system, even the richest 10% of households, with average gross incomes in excess of £100,000 pa, still get welfare - in their case averaging £1300 pa.

On what possible basis can this make sense?

The alarming and unpalatable truth is that after 60 years of the welfare state, pretty well all of us have ended up on welfare.

Paying income support to those who are already around median income or above means paying them with one hand and taxing it back with the other. Which is not only administratively expensive and wasteful (we have previously estimated the direct administrative cost of this so-called fiscal churn at at £5-6bn pa), but it is also certain to distort the way people choose to work, and to spend their own earnings. And as always, higher taxes mean lower economic growth.

This is no way to run a 21st century economy, already burdened with a massive fiscal crisis, and facing a huge competitive challenge from the emerging economies.

In the famous words of our most famous playboy prince during a previous economic crisis, something must be done.