On the day that many voters should have been going to the polls for local elections, the TaxPayers' Alliance (TPA) has compiled council tax data into an interactive heat map to highlight the severity of rate rises. Nearly every council in Great Britain increased council tax last month, despite immense economic hardship imposed on residents by the coronavirus crisis.

District councils, which make up nearly half of all English councils and largely do not have responsibility for social care, still raised council tax by an average of 3.3 per cent. Had the rise been the same rate as inflation at 1.5 per cent, taxpayers would have saved £55 million in tax hikes this year.

The south west of England is seeing uniform rises averaging 4.2 per cent, while the 'red wall' constituencies in the midlands and north are suffering council tax increases that are higher than in surrounding areas. Only three of the councils featured froze their rates this year.

Any increase in council tax, even in good times, has a huge impact on households. The TPA council tax heat map is a vital tool for taxpayers to hold councils to account and judge which authorities are delivering the best value for money.

Click here for a more detailed analysis and to view the heat map. 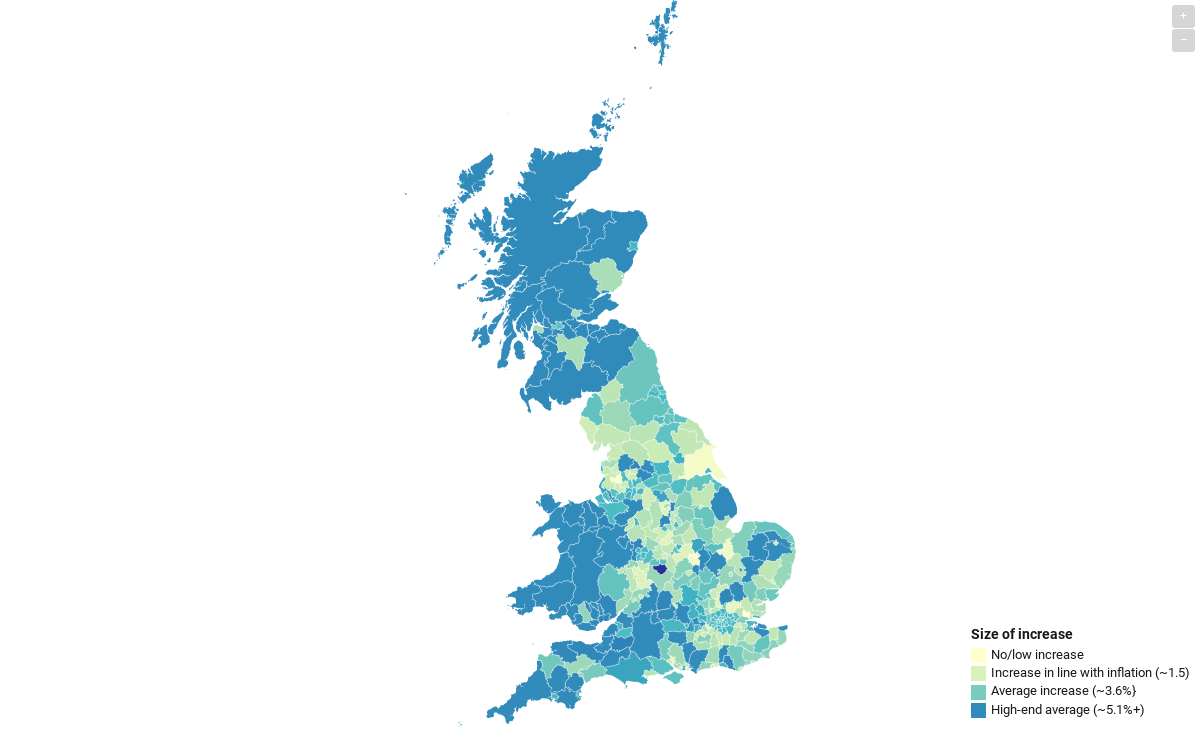 Click here for a more detailed analysis and to view the heat map.

Commenting on the findings Jeremy Hutton, policy analyst at the TaxPayers' Alliance, said:

"Taxpayers across Britain are being battered by inflation-busting rate rises, with millions of pounds being collected over and above what would be normally expected from residents."

"While councils have been quick to reference social care pressures to explain rising bills, many authorities with no social care responsibilities are still ratcheting up rates and subjecting struggling households to punishing charges during this pandemic.

"Local authority bosses need to get their own houses in order and start rooting out wasteful spending, in order to save taxpayers' cash and follow the example of some councils by putting an end to these inflation-busting tax hikes."