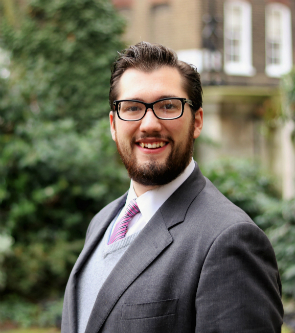 James joined the TaxPayers' Alliance as a policy analyst in 2016, before becoming campaign manager on the communications team. James works on proactive media work; promoting research papers and engaging with parliamentarians and journalists. This ensures our messages are conveyed regularly to the public and decision-makers.

He also does reactive work, providing quotes on stories to journalists and appearing on TV, radio and in print. James has represented the TPA on local, national, and international television and radio, including BBC Breakfast, Sky News, Newsnight and the Jeremy Vine Show on BBC Radio 2. He has also written comment pieces for multiple national newspapers.

James also speaks at universities and to other community and political groups around the country about the mission of the TPA. He was previously also responsible for leading the TPA’s grassroots campaigning efforts.

Before joining the TPA, James ran an educational charity and before that was a Team Leader for a political party during the 2015 general election.

James holds an MSc in public policy from UCL and a degree in ancient history from Oxford. He enjoys fruity ciders, classical archaeology and adding to his already over-sized library.