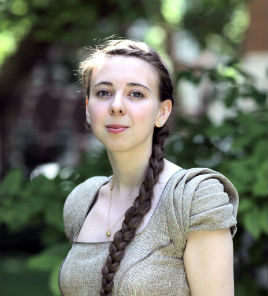 Jennifer studied Physics at Bristol and while there took an active role in the Bristol Freedom Society as well as editing an independent student newspaper.

She campaigned against illiberal and undemocratic behaviours of student unions both in Bristol and elsewhere. This culminated in her being elected as delegate to the National Union of Students conference on a platform of disaffiliation. She joined the Liberty League in 2013 as part of their executive board and was part of the team that organised the immensely successful Liberty League Freedom Forum in both 2014 and 2015.

Since joining the TaxPayers' Alliance Jennifer has been involved with both the campaigning and research teams. Jennifer currently looking into making our data more immediately accessible alongside other research projects.