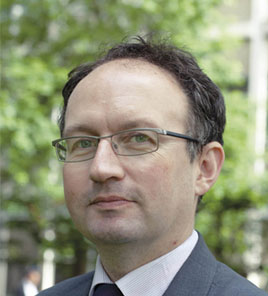 Dr Lee Rotherham is a veteran from behind the stage scenery of European Union politics. After researching for the 'Westminster Group of Eight' Eurorebels, he advised three successive Shadow Foreign Secretaries, a role part-based within the European Parliament. This expertise led to his appointment as Chief of Staff to the Rt Hon David Heathcoat-Amory MP, British parliamentary delegate to the Convention on the Future of Europe, and a central role behind delegates opposing the European Constitution and the drafters of the Minority Report

He has been closely involved in a number of grassroots EU campaigning organisations over the years, most notably the Bruges Group, CAFE, and as a columnist for  the European Journal.  He has been extensively and internationally published on a palette of subjects. Since the TPA’s last edition of the Bumper Book of Government Waste (which he jointly wrote), 2008  has seen him co-author a major book for Open Europe on the EU’s PR budgets.

He is a fluent French speaker and tortures a large number of other unfortunate languages.

Lee comes to the TPA in 2009 after a stint as Corporate Communications Manager at English Heritage; TA service in Helmand Province, Afghanistan; and an heroic failed bid to become Mayor of London in order to abolish it (the mayoralty, not the city).