New research from the TaxPayers' Alliance reveals that new workers in the public sector* will retire on pensions nearly three times larger than those joining the private sector.

A new employee aged 25 on the national average wage (of £28,600 a year) and making the same level of employee pension contributions:

61 per cent of final salary in the public sector

22 per cent of final salary in the private sector

Commenting on the findings, John O'Connell, Chief Executive of the TaxPayers' Alliance, said:

"Workers in the private sector are paying for their public sector counterparts to enjoy a retirement they can only dream of, and that disparity has been brutally compounded over the years by politicians continuously launching raids on private pensions.

"What's more, pension promises made to public sector workers are unfunded and will continue to be paid out of general taxation - that is unsustainable as people are living a lot longer than when these schemes were cooked up"

"To stop kicking the can down the road, reforms must ensure that new public sector pensions are properly funded and not paid for by the taxpayers of the future, namely our children and grandchildren." 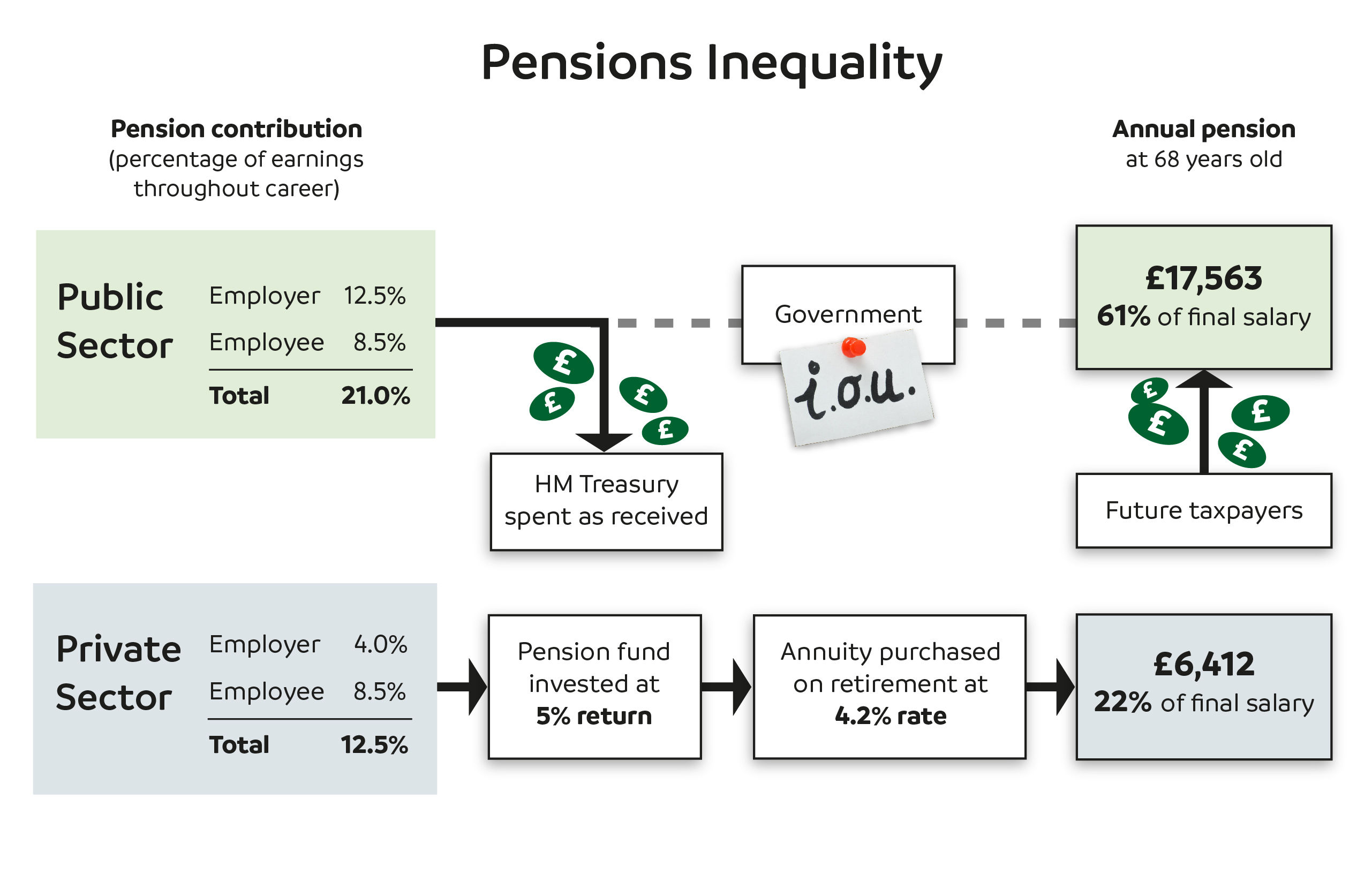 How then can the government afford to pay “gold-plated” defined benefit pensions to nearly five million public sector workers, while the wealth-creating private sector has all but ceased to offer such pensions?

The answer is that the government does not fund public sector pensions in the way, by law, it requires the private sector to finance pensions.

The main public sector pension schemes are 'unfunded' meaning there are no funds set aside to cover these pensions when they fall due. The cost must, therefore, be met from general tax revenues of future years (as much as 70 years ahead). Put simply, they will be paid by our children, grandchildren and beyond.

*For the purpose of this report, the civil service, NHS and teachers’ pensions schemes are used as the basis to illustrate public sector pension schemes in general