Using data released in the chancellor’s budget on Wednesday, the TaxPayers’ Alliance (TPA) have found that the real national debt will reach £9.6 trillion this year. It means our national debt is now over four times larger than the UK economy.

The real national debt is equivalent to £344,216 per household, over five and a half times more than the average household debt including mortgages according to the Money Charity. It is also the equivalent of every person in the UK being saddled with £143,382 of debt.

The real national debt is over 4 times larger than official forecasts, which put the figure at £2.5 trillion in the budget, and almost twice the size of the entire economy of Africa, according to IMF figures. That is because the real national debt estimates include areas of future spending that are not formally recognised in the official figures published in government accounts or by the ONS. These are unfunded state pension liabilities, unfunded public sector pension scheme liabilities, private finance initiative, and nuclear decommissioning costs. 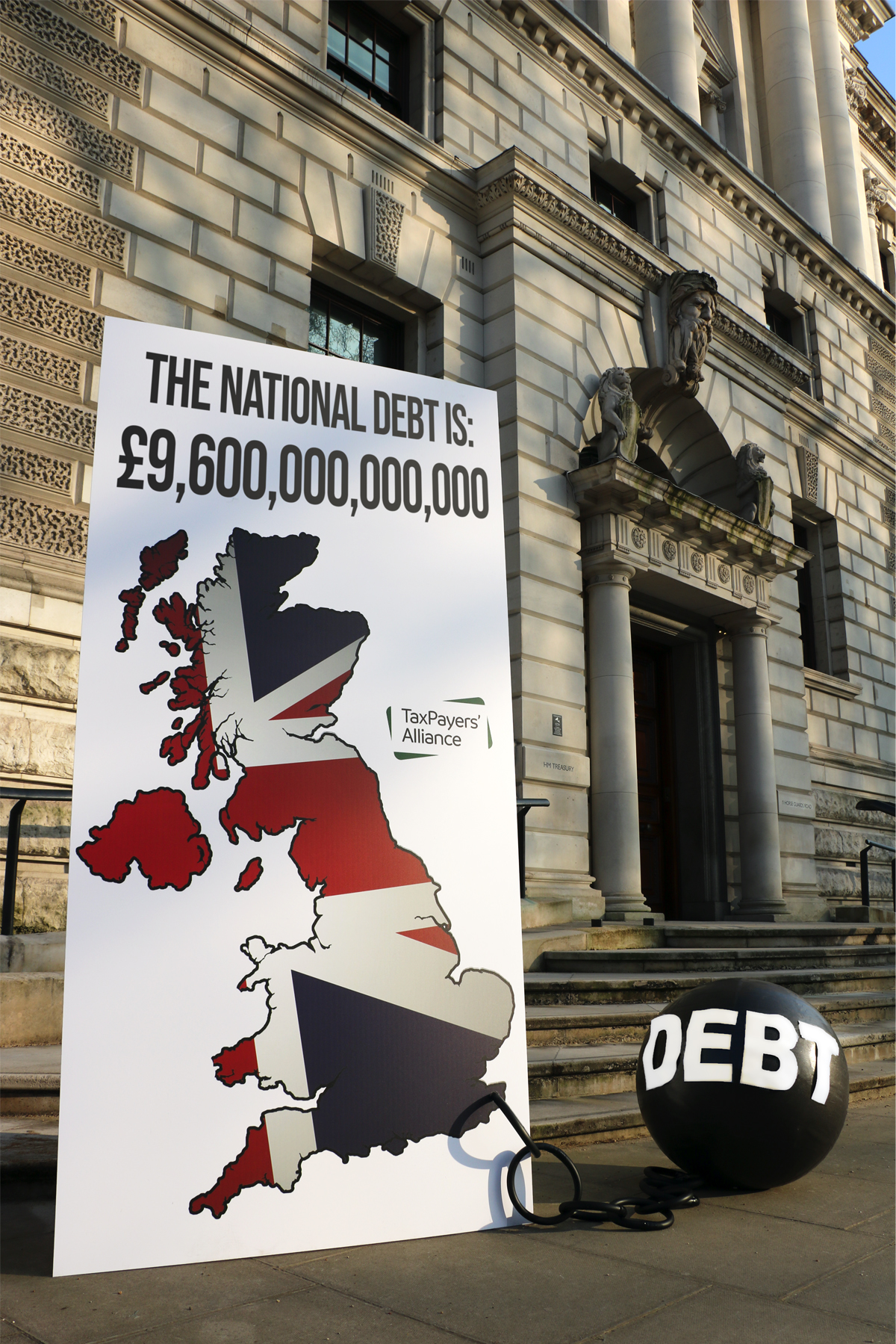 To mark the milestone, TPA campaigners appeared outside the Treasury with a cutout showing the UK weighed down by a £9.6 trillion debt ‘ball and chain’.

The enormous size of the debt - which in £ coins would fill more than three and a half Wembley Stadiums - makes the long-term stability of public finances a priority for the country after the covid pandemic.

"After the battering we’ve taken from covid, Britain’s debt level has reached an astronomical height.

“These numbers are a wake up call for the scale of the financial challenge facing us, not just today but for years into the future.

“If long term measures are not taken to bring it down, this colossal debt ball and chain will only continue to weigh down taxpayers for generations.”