250,000 TaxPayers’ Alliance (TPA) beer mats will be rolled out in JD Wetherspoon pubs today. The campaign group is calling on the chancellor to extend the current five per cent reduced rate of VAT, and include alcohol within it. Analysis found that doing this until April 2023 could save consumers and the hospitality industry at least £15.7 billion.

The TaxPayers’ Alliance branded beer mats feature a QR code taking users to a petition calling for the tax cut. This will be delivered to the chancellor before the end of September, when the five per cent VAT rate is currently set to finish. The ‘Quids Inn’ campaign has the support of a range of industry leaders from the British Beer & Pub Association to Punch Taverns, with beer mats also going out to numerous independent venues. 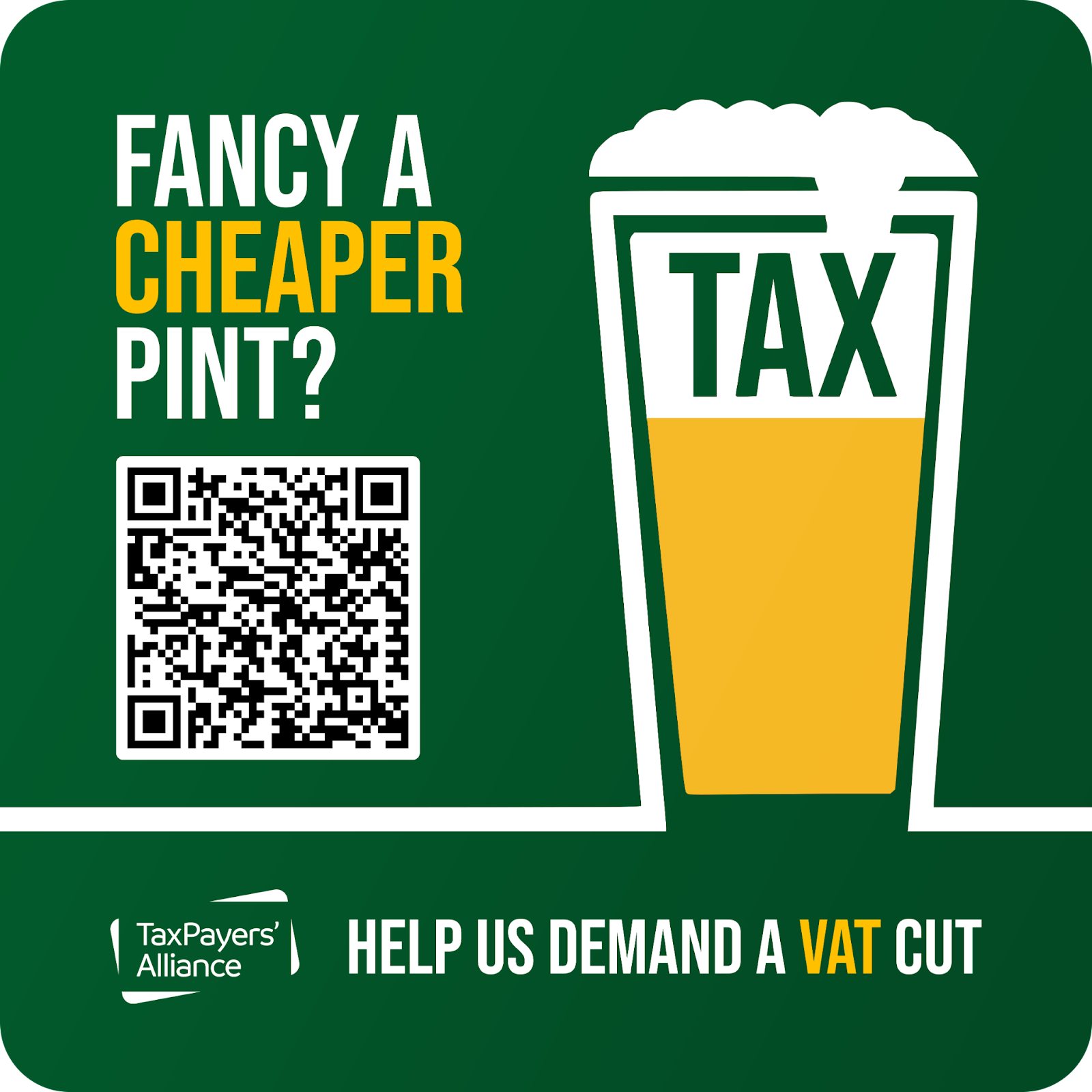 Recent TPA research also revealed that almost one third of the cost of the average pint is tax (£1.15), with punters paying £0.53 per pint in beer duty and £0.62 per pint in VAT. With a VAT cut on alcohol in place, this would go down to £0.16 per pint, making the tax take less than 19 per cent of the total price.

JD Wetherspoon was one of many hospitality businesses to lower its prices following the tax break in July 2020. But it has warned that without an extension, it will have to increase prices by around 40p per meal to match the interim 12.5 per cent rate due to come in at the end of September. 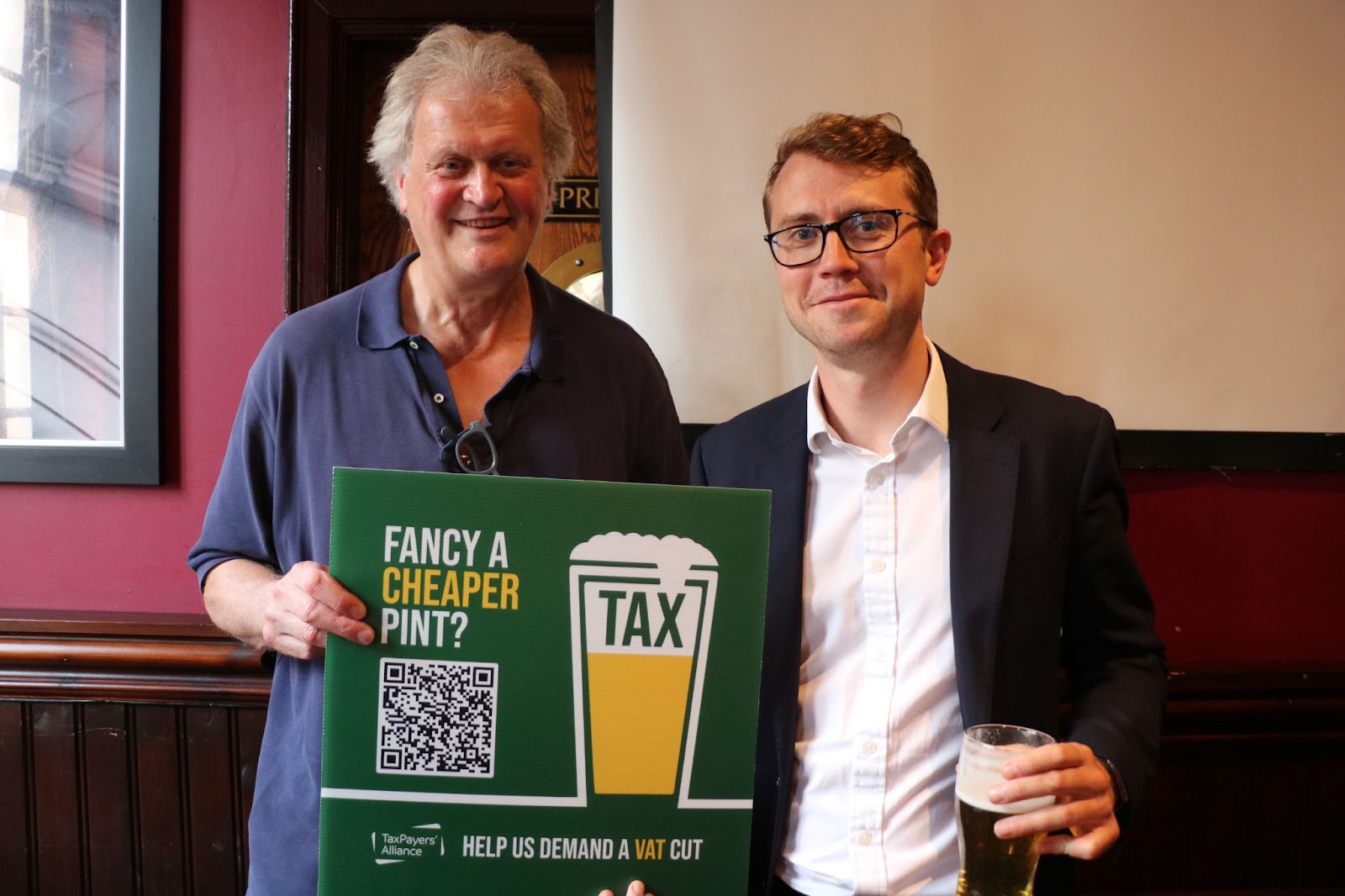 PICTURE: Founder and chairman of JD Wetherspoon, Tim Martin, shares a drink with chief executive of the TaxPayers’ Alliance, John O’Connell at the beer mat launch event in July 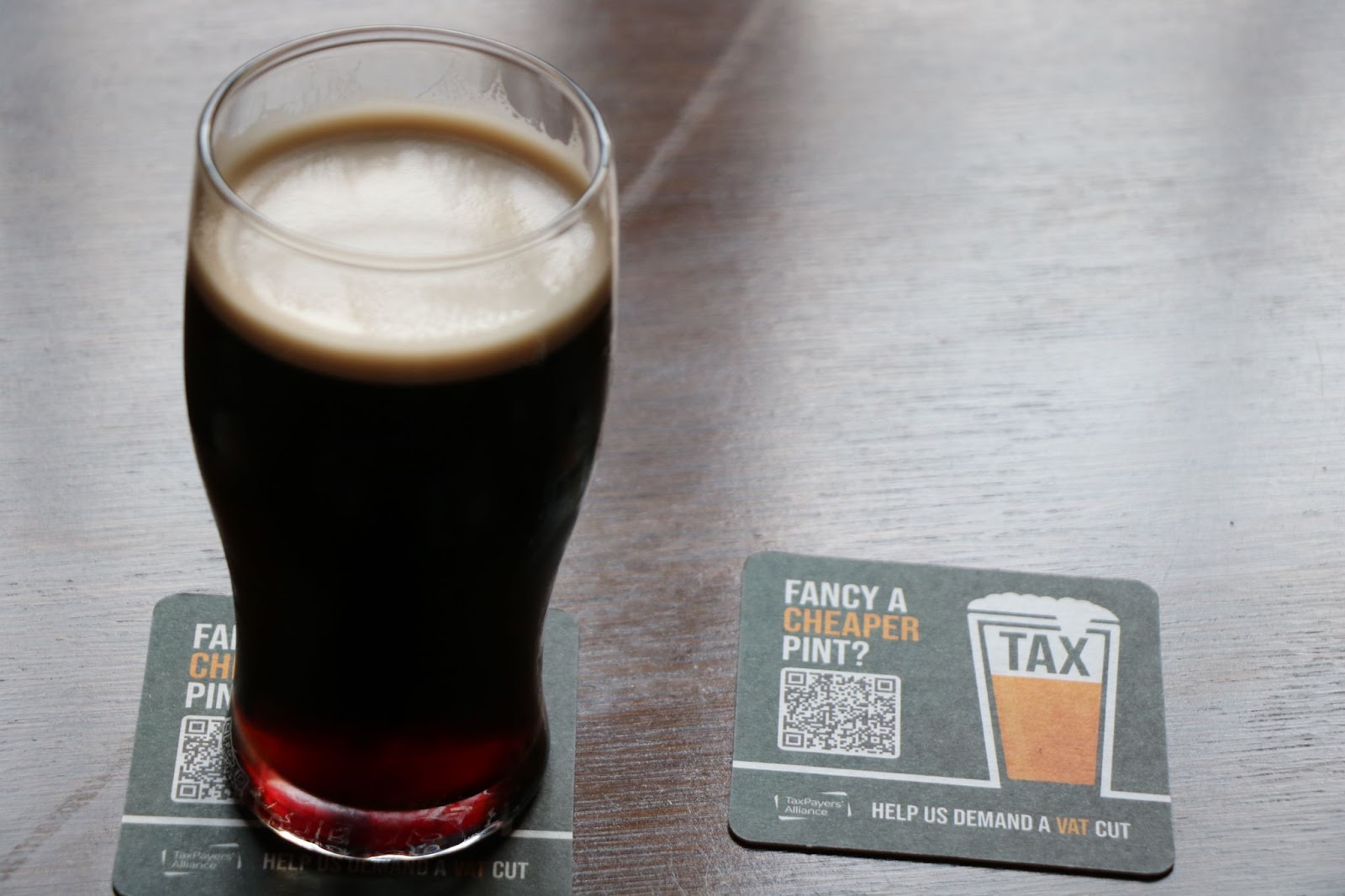 "The five per cent VAT rate has been a lifeline to the struggling hospitality sector, which has been battered during the pandemic.

“However, we shouldn’t pop the champagne corks just yet as pubs and restaurants are still under enormous pressure.

"The chancellor should give British publicans and punters a well earned break by extending the VAT cut, which will protect jobs and cut prices.”

“Tax should be fair, but the main unfairness to pubs is they pay 20 per cent VAT on food and supermarkets pay nothing, and that puts immense pressure on pubs.

“This particularly hits less affluent parts of the country.”

“We need government to support us coming out, not in terms of handouts, we just need the right tax environment with rents and rates, VAT and alcohol tax.

“They need to take a proper approach that enables us to flourish again."

“We do operate on incredibly small margins, and going into the pandemic it was absolutely the case that we needed to address the very unfair taxation burden that was on the beer and pub sector.”

"Night time economy and hospitality sectors have been decimated by this pandemic, many businesses and jobs have been lost, the remaining businesses are overburdened by debt and over the coming years will require further support in terms of tax relief.

"The government must consider an expansion of the five per cent VAT relief scheme across the sector to include alcohol and door admission to give this £92 billion industry (pre covid), at the sharp end of this pandemic, the best opportunity to survive."

“Hospitality has been devastated by covid-19 over the past 16 months, unable to trade for close to 10, and severely restricted when open.

“The short term VAT cut has been a help, however it needs to continue in full beyond September and to include alcohol.

“Bars, clubs and the late night economy have been the worst impacted yet offered the least help and the road to recovery ahead is long and bumpy.”

“The hospitality industry, especially pubs, restaurants and nightclubs have had the worst possible 16 months with little or no government help or support.

“We desperately need the reduced five per cent in alcohol VAT to be extended to help us repay the vast debts we have all taken on in order to survive. Most of us are more in debt than is sustainable, and without this sort of help, the future is bleak.

“This is the least the government can do to help a trade worth £70 billion and employing three million people.”

"If the VAT levels were kept low, on par with our European counterparts, then potentially we can start to pay people more, and then we can grow more of the UK based workforce."

“Extension of the VAT cut is the make or break for hospitality businesses recovery post-pandemic. It would make the difference between life and death for many out there.

“It is crucial that government listens and keeps it ongoing.”