Chancellor George Osborne will deliver Budget 2014 tomorrow. We published our full submission of proposals for this Budget on Thursday.

One of the proposals that might provide room for a popular tax cut is Stamp Duty as rising prices are once again pushing more home buyers into the punitive three per cent rate or worse. And while the number of homes which fall under the higher rates are much higher in London and the South East than elsewhere, the number of homes rising into higher rates is a problem for home buyers across the country.

In August last year we launched Stamp Out Stamp Duty with solid research, a campaign website with an online tool to message your MP and a series of local, grassroots events from Beverley to Bath. Our reports showed Stamp Duty affecting a quarter of homes and then the number of predicted to rise a band by 2017 while a report we commissioned from Walbrook Economics detailed the fiscal impact of three realistic policy proposals. 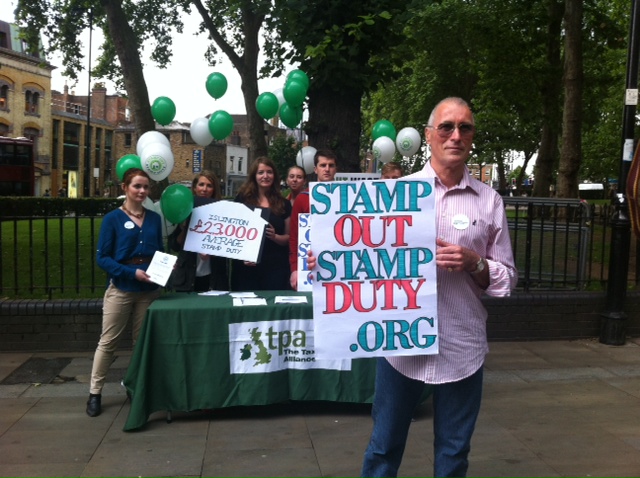 Our campaign was covered by the Daily Telegraph, the Financial Times, the Times, the Sun, the Daily Mail, the Daily Express, the Evening Standard, City AM and hundreds of local papers.

Since we launched Stamp Out Stamp Duty, a wide range of other organisations have rallied to the cause of Stamp Duty reform, including the Association of Certified and Chartered Accountants, the Chartered Institute of Housing and the Royal Institute of Chartered Surveyors even used 'Stamp Out Stamp Duty' language in their press release! Estate agents Haart, Savills, Rightmove and Zoopla and finance groups such as Grant Thornton, EY, Springtide Capital also spoke out for reform.

And people have been listening. Senior backbench MPs such as John Redwood have paid attention, while Treasury minister said the Government needs to ‘address’ Stamp Duty cliff edges and ConservativeHome editor Mark Wallace cited Stamp Duty reform as an example of what the Chancellor should announce tomorrow. Let’s hope he’s listening, too.