Despite some efforts to cut individual taxes, the tax burden is on the rise. Last year the tax burden was higher than it was in any year under the last labour government and is projected to hit levels unseen for half a century by 2021-22.

The Conservatives have been in power for the last seven years (five of them, admittedly, as senior coalition partners) and despite claiming to be a ‘low tax party’ they have shown considerable reluctance to actually cut taxes. Too often political debate is framed in narrow, transactional terms, with many questions asked about how much revenue is raised or foregone by a particular rise or cut. But politicians spend very little time explaining the virtues of a low-tax economy, quite possibly because they don’t believe in them.

Tax pledges so far have centred on cuts, freezes or increases to specific taxes. A more honest approach would be a long-term commitment to cap the tax burden with the long term aim being to keep it under one-third of national income. 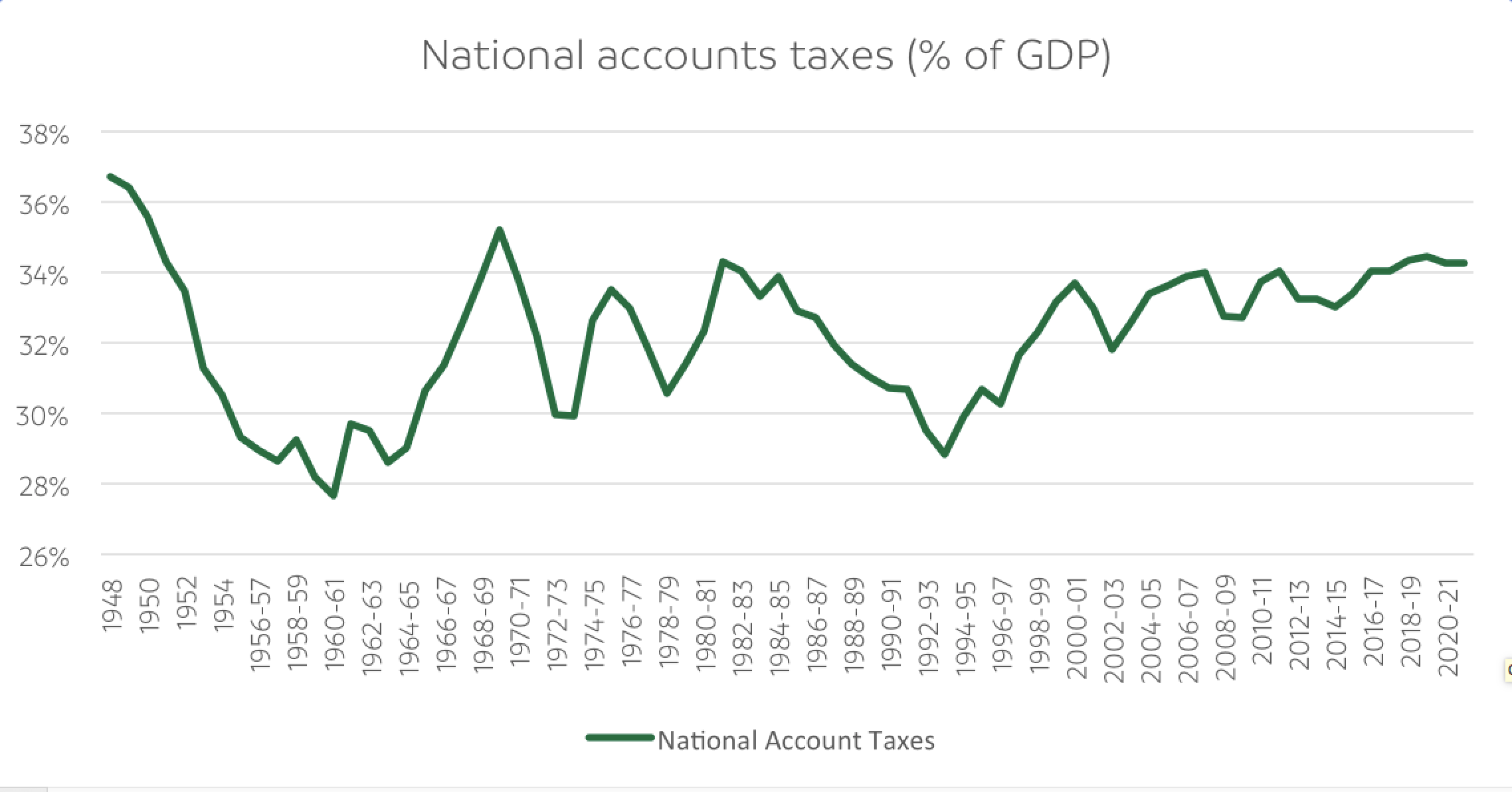