Happy Tax Freedom Day! Today is the first day of the year that you start earning money for yourself! 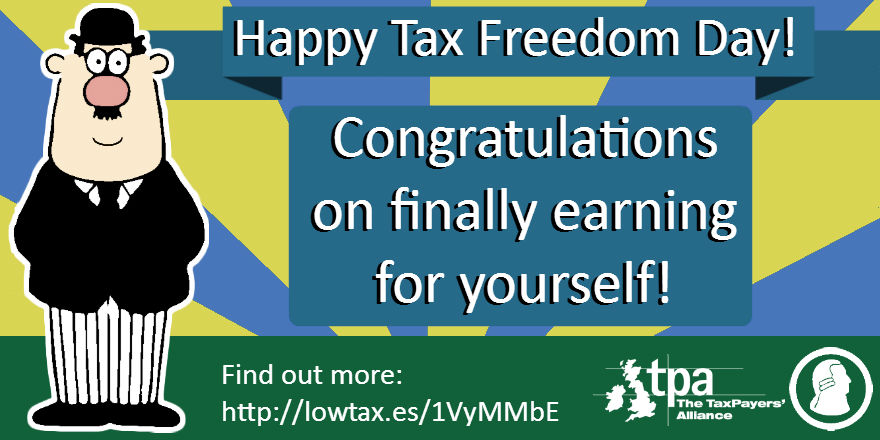 It has taken 154 days of 2016 for UK residents to earn enough money to solely pay all of their taxes. That is four days later than Tax Freedom Day in 2015!

Up until today every pound earnt by the average UK taxpayer will be taken by the government in taxes. Put simply, if you had decided to pay all of your taxes out of your salary first, before keeping some for yourself, today would mark the first day that you would start making money for yourself.

This truly reveals the outrageous amount of money average Brit’s pay out in taxes!

Tax Freedom Day, which is calculated annually by the Adam Smith Institute, only accounts for taxation, and does not account for the full means of funding government. The Cost of Government Day, will be held later in June and exposes the true extent of the deficit and the spiralling national debt.

You can see what people are saying at #TaxFreedomDay or take a look at our joint letter with the Adam Smith Institute in The Times (£) for more information.