Analysis from the TaxPayers’ Alliance (TPA) reveals that the chancellor’s raising of the stamp duty land tax threshold to £500,000 could unlock 216,000 house moves, equivalent to the total housing stock of Wiltshire, Bradford or the city of Manchester.

Modelling based on last year’s figures shows that 216,000 more transactions would have taken place if the £500,000 threshold had been introduced in 2019, increasing transactions by 27 per cent. Some of that would have been a one-off effect of a cut, but the higher threshold would permanently increase transaction numbers by 132,000 a year, or a 17 per cent increase. 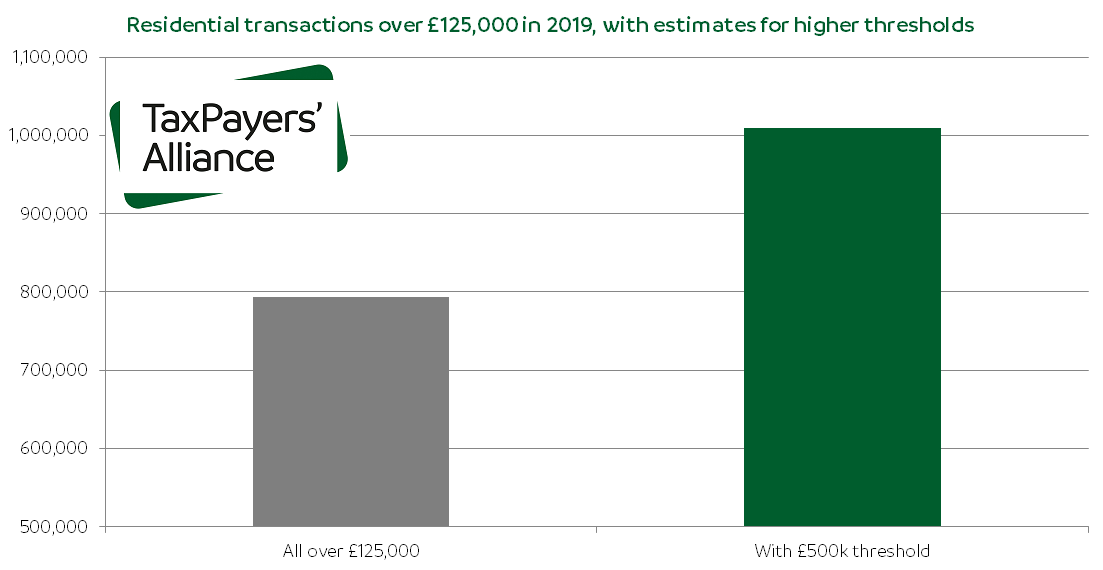 The TPA has campaigned for the stamp duty land tax threshold to be raised to £1m, ensuring only millionaires have to pay and potentially unlocking 245,000 transactions. This would be equivalent to a massive 31 per cent increase in moves.

Commenting on the analysis, John O’Connell, chief executive of the TaxPayers' Alliance, said:

"Stamp duty is a terrible tax and this measure will help get Britain moving again, potentially unlocking hundreds of thousands of new moves.

"The scale of these benefits show that the chancellor would be crazy to stop there. Raising the threshold further, or preferably just abolishing the tax completely, would build in huge benefits for homebuyers, productivity and the economy as a whole.”