New research by the TaxPayers' Alliance (TPA) reveals that £255 million was paid out to local councillors in allowances in 2018-19, a £4 million increase on the previous year.

The highest councillor allowances in the UK are in Scotland, with a basic allowance of £16,994 each set by the Scottish remuneration panel and paid to 26 of the 32 Scottish councils. Northern Irish and Welsh councils also have a maximum allowance, set at £14,775, and £13,600 respectively. The UK’s lowest basic allowance was paid by Torbay, which was reduced by 92 per cent from £8,249 in 2017-18 to £687 the following year.

In England, the highest councillor allowance was paid by Manchester city council at £16,926. All members received this amount including the leader of the council Sir Richard Leese, who received an additional £42,272 in special responsibility allowance. His allowance amounts to more than two and a half times the median earnings in Manchester. However, in neighbouring Trafford, councillors receive over £10,000 less at £6,492.

The report exposes the considerable disparities between the basic allowance given to councillors not only across the country but also between authorities carrying out the same functions in nearby areas. With council budgets under pressure, the paper highlights the importance of keeping excessive allowance payments under control. 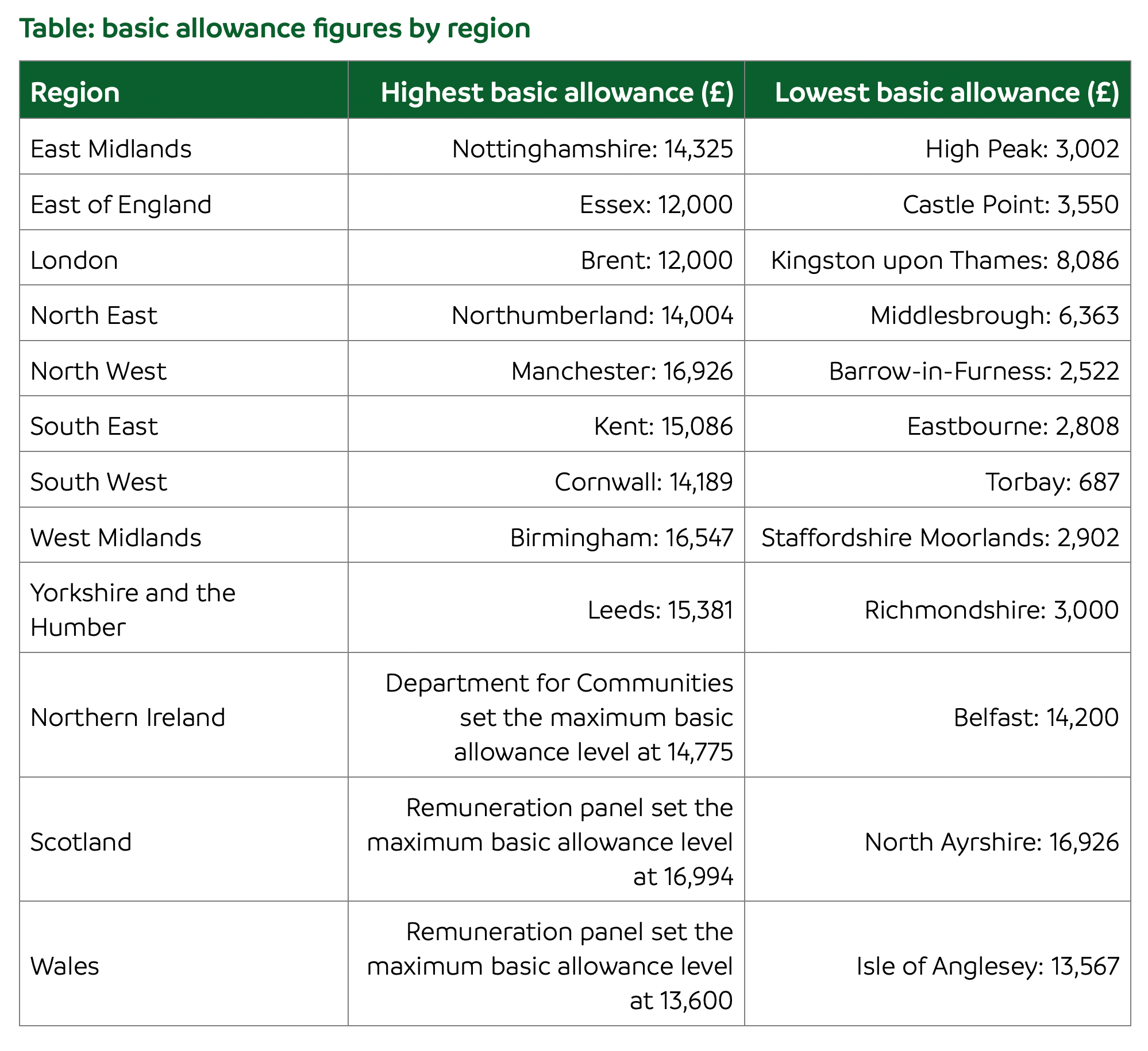 CLICK HERE TO READ THE PAPER AND COUNCIL BREAKDOWN

CLICK HERE TO READ THE PAPER AND COUNCIL BREAKDOWN

"Taxpayers will be surprised to discover how much councillor allowances vary from one council to the next.

“With the country facing a deep recession, councillors must keep down their taxpayer-funded allowances to ease the burden on hard-pressed households.”