“What’s the BBC ever given us for 58 quid!?” mused a bewildered-looking John Cleese...

No, sadly, the British comedy legend hasn’t really voiced such a stinging query - and had he done so, he’d now be £100 shy of the mark. The line in question is taken from a 1986 advert from the BBC encouraging viewers to pay their TV licence fees (as though they had the ability to make such a choice). In this smoothly-produced piece of television, Cleese bemoans having to pay the levy, and upon asking his question is rebuked by a pantheon of BBC namesakes such as David Attenborough, the two Ronnies and Terry Wogan. Monty Python fans will recognise this scene as an adaptation of the legendary “what have the Romans ever done for us” sketch. In keeping with the Beeb’s characteristically modest comparison of itself to the Roman Empire, taxpayers should be minded of the old Latin adage when it comes time to stump up the fee - caveat emptor, let the buyer beware.

It is telling that back in 1986, the BBC justified the licence fee purely on the grounds of content that it produced; and at that point in time, who can deny that it is compelling? The list of names in the ad alone speaks for itself, a grand total of four terrestrial television channels would have been available to watch for most Brits, satellite television was in its infancy, and there was certainly no Netflix or YouTube to hand. Whether you were after drama, sports, the news, game shows or the latest antics in Albert Square, ‘Auntie’ was there to provide.

Fast-forward 34 years, and how times have changed. Technology has expanded the possibilities and accessibility of entertainment an incalculable amount, yet the BBC in many ways still finds itself in an endless 1986. When debate over the licence fee arises, proponents of the TV tax still wheel out the same tired arguments as Mr Cleese, citing fascinating documentaries and gripping dramas. Questions about what exactly you get for your licence fee money are met with the same haughty bemusement as before. The problem, however, is that this idea of BBC hegemony has been outdated for years, and as its competitors continue to innovate and push boundaries, the more this position becomes farcical.

Entertainment streaming giant Netflix is a prime example of this very televised revolution, offering billions of pounds worth of films and TV series at the cost of £72 a year. Between the likes of Netflix, Amazon Prime, NowTV, and countless other subscription-based services, every single offering from the BBC can now be catered for elsewhere.

Even further-afield from “traditional” TV, the world's largest online video platform YouTube has become a viable competitor in its own right. With 31 million channels, 300 hours of video uploaded a minute and almost 5 billion videos watched a day, viewers are truly spoilt for choice. The very nature of YouTube has changed the way people consume entertainment. Gone is the tyranny of the TV schedule, viewers now choose what they want to watch and when. How on earth can the BBC justify a TV tax to a youth audience that is increasingly less interested in live TV? Rather than show any sign of humility in the face of a changing world, the broadcaster proposes ludicrous ideas such as a broadband tax, in a barefaced attempt to hang onto its mandatory charging regime.

As we covered in a recent guest blog piece, even in radio - a medium of broadcast which is by no means a new frontier - the BBC is floundering against ambitious local competitors. And this is despite having the unfair advantage of the licence fee behind it, subsidising services and shielding BBC execs from the competitive advertising market.

When arguments around content inevitably fall away, Auntie’s admirers will turn to the supposedly unbiased and accountable nature of the broadcaster. Leaving spurious claims of impartiality aside, the fact of the matter is that the BBC leaves much to desire when it comes to transparency. Unlike most public bodies, the Beeb is granted special exemptions from the Freedom of Information Act (2000). This means that taxpayers have no recourse for finding out how much of their money is spent on material used in creative content. We’ve previously covered this topic when news broke of Holby City holding (and subsequently donating) real ventilators to fighting coronavirus. One issue with trying to find out if the BBC offers value for money is it won’t tell you how it’s spending the money!

It’s important to remember that whilst it’s easy to frame this debate around quality and quantity of content, this is essentially a red-herring. What fundamentally matters is that subscription-based services allow you as a consumer to choose their product. If you no longer wish to watch movies on Amazon Prime, you can simply unsubscribe. Sick of YouTube? You can log off. Whilst Netflix charges you for access to their content, the Beeb holds you to ransom for having the brass neck to simply own a screen.

The tide is quickly turning on the BBC, and sooner rather than later the broadcaster will come to realise that it can longer continue to tread water. Even John Cleese appears to have had something of a change of heart in recent years. “There’s no way I want to work in TV, especially at the BBC” Cleese remarked in a 2015 interview (for real this time). “I have a nasty feeling a large proportion of the commissioning editors have no idea what they’re doing”. Many readers will likely agree with these sentiments. To once again reference Monty Python, the BBC now resembles less of the mighty Roman Empire, and more of the stubborn pet shop owner trying to sell a rather-obviously dead parrot.

With a business-savvy former marketing exec set to take reins in September, this is the perfect opportunity for the broadcaster to implement the substantial reforms which will ultimately be its salvation. It’s time for the Beeb to pull its head out of the sand, join the 21st century and let viewers choose by axing the tax and offering an optional subscription. 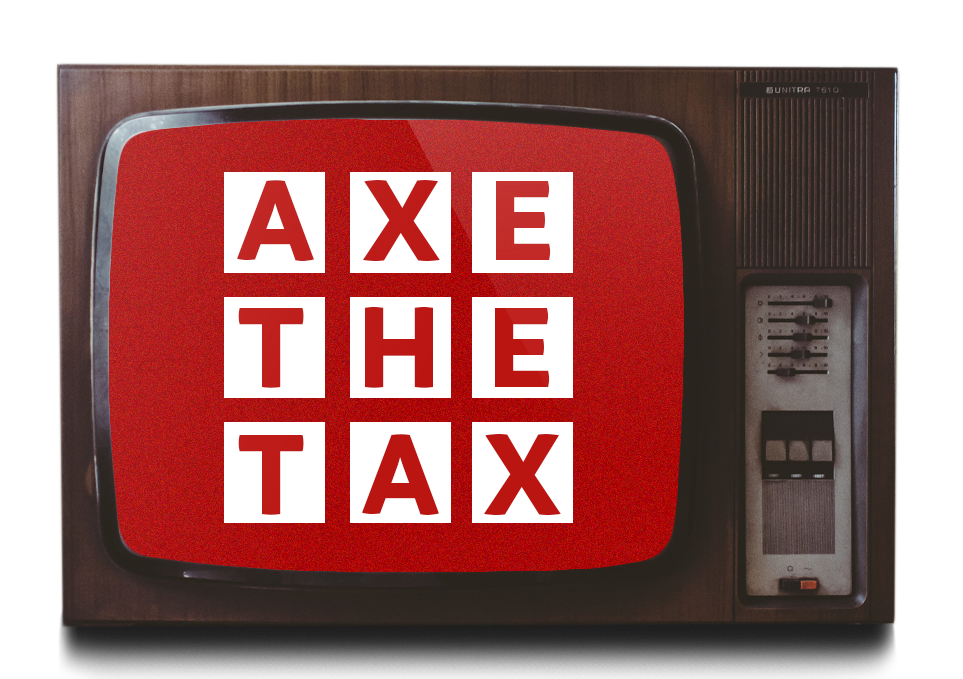