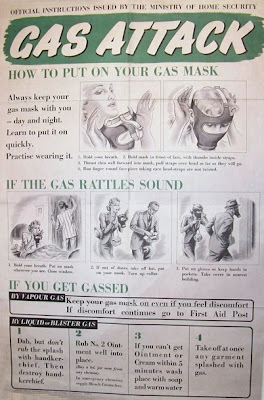 Maybe it was all a false alarm

Yesterday, thinktank Reform had another go at rallying support for a serious package of fiscal salvation. Pointing out that current plans leave our overall indebtedness (debt-to-GDP ratio) rising for years - maybe decades - to come, they call for a bigger retrenchment than any of our main political parties are currently contemplating. By 2013-14 they say we should have reduced annual borrowing from 12% of GDP to 4.5%, and that the vast bulk of the action should comprise spending cuts rather than tax rises.

The headline figures are a £100bn pa fiscal squeeze, £87.5bn of which falls on spending (ie £7 out of every £8, mirroring the successful Canadian programme in the 1990s). Here's their summary comparison against the Labour, Tory, and LibDem plans (click on image to enlarge):

Clearly, the Reform programme requires much bigger public spending cuts than any of the main political parties will yet admit to - £85.7bn vs Labour's planned £57.8bn - but it sounds much closer to what we need. As we all know, the only thing that will rescue us in the long-term is growth, and tax rises risk killing growth stone dead.

And Refom also reiterate a couple of points we've made here many times. First, to make spending cuts on the required scale will mean all programmes (including the £110bn pa NHS) have to take a share. And second, much of the cutting will have to fall on the £200bn public sector paybill, and the £200bn pa welfare bill (including the estimated £31bn pa currently spent on middle class welfare). Taken together the paybill and the welfare bill account for nearly two-thirds of public spending.

As a benchmark, Reform have also looked to see what other heavy deficit countries are doing to tackle their crises. From Ireland, to Greece, to Spain, to Portugal, to France, they find some consistent themes:

All very sensible, and the sooner we get started the better.

Ah, but remember the gasmasks in World War 2. At the War's onset everyone had been issued with one and told to carry it at all times. And initially they did. But as the months of Phoney War dragged by with no gas attacks, most people stopped. They reckoned it had all been a gigantic false alarm.

That's so much like where we are now. On one level, everyone knows we have a problem with government borrowing, but the consequences have not yet become apparent. Gilt yields remain well-behaved, the tax rises haven't yet kicked in, and life goes on. Where's the courageous politician who's going to speak truth unto the people?

Or is it going to fall back on that good old British standby - muddling through? Yes, we stand for fiscal discipline and tough decisions, but no, of course we won't attack fluffy lambs... we'll leave that to someone further down the chain of command.

Because that's what happens when Westminster politicos fail to take the really tough decisions - they get passed all the way down to the frontline where decisions have to be taken. And in the heat of battle, in impossible circumstances, those decisions are often the wrong ones.

History tells us that top politicos sitting in their grandiose Whitehall offices can in extremis be persuaded to cut spending - ie budget allocations. But what they're much less good at is making decisions on which particular fluffy lambs will be sacrificed to realise those cuts.

We have a couple of good examples in the news today - both sadly familiar to BOM readers.

First, the Public Accounts Committee reports a £36bn black hole in the defence budget. As we all now understand, under Mr Brown's stewardship, the MOD has never had sufficient funding for all the various requirements landed on it by the government, and now faces a £36bn shortfall. According to the soon-to-be-retired-and-sadly-missed PAC chairman Leigh:


"Matters have worsened to the point where the department will have to take difficult decisions, such as to cancel whole equipment programmes."

And we all know how that ends - British troops literally on the frontline being forced to dice with death because inadequate budgets mean they don't have the right kit for the task they've been given.

Second, the College of Emergency Medicine says a key NHS target - to treat people visiting accident and emergency units within four hours - is compromising care and patient safety. Sure, the College has got an axe, inasmuch as their members don't like being pressurised by targets. But as we've blogged before, the NHS target regime has long record of producing perverse results - the tick-box targets get met, but only at the cost of extensive resource diversion from untargeted activities, even where they are also essential. In other words, politicos have passed the tough decisions right down the the frontline, which is where the fluffy lambs have to be dealt with.

How much better it would be if the politicos had the courage to make the real decisions on priorities right there, where the buck ought to stop - with them.

But instead of that we seem to be drifting yet further into a replay of the 70s script, which in case you need reminding, goes like this:

The politicos fail to take decisive action to correct the budget deficit; the market vigilantes attack; sterling collapses and gilt yields soar; the politicos are finally forced into action, but without the breathing space for proper planning; their emergency measures involve big tax rises and big spending cuts; the cuts are across the board, lacking detail on what specific services should go; far down the chain of command, right out at the sharp end, public infrastructure decays, class sizes increase, hospital waiting lists lengthen, and soldiers die.

We really do not want to go back there - especially since today's fiscal black hole is more than twice as big as the one we had then.
This website uses cookies to ensure you get the best experience.  More info. Okay