The discussion of the cost of living is often framed as families not having enough money to get by. But why is this the case?

True, wages have been stagnant until relatively recently, but equally inflation has been historically low. So the answer cannot just be that we are being priced out of everyday life.

Many of the proposed solutions assume that we need greater wealth transfers through the tax and benefits systems. But this approach fails to recognise that the vast amount of tax paid by families, even those on low incomes, is a major part of the problem and is why people are finding themselves short of cash.

If the government were to leave more money in people’s pockets then the cost of living may be somewhat less of an issue. For example, if you didn’t pay tax on a litre of petrol it would cost just over 30 pence.

To further illustrate this we can actually look at what households are spending their money on. ONS figures show what average households pay in taxes and what they spend on everyday living. The chart below is a stark illustration that tax is a real cause of the high cost of living. 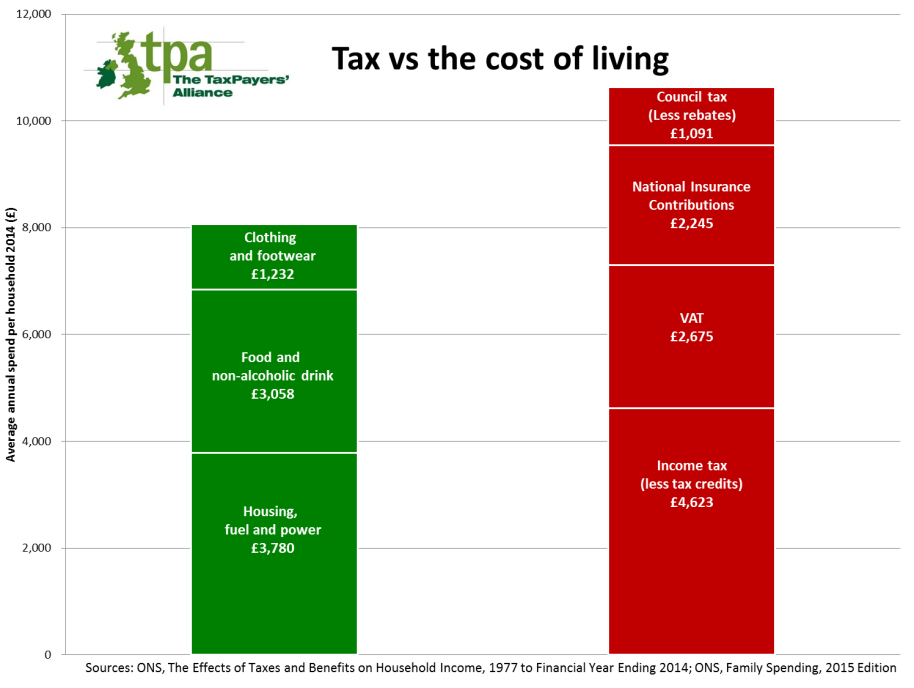 So it should be said that we have a cost of government problem - hardly a surprise given that the government is forecast to spend £755 billion this year.