If you missed the Queen's Speech today you can read the full text here. You can find our press release here.

Broadly, we were happy with the speech. Our Chief Excutive Jonathan Isaby said:

"The Conservatives were elected on a mandate of protecting taxpayers and reducing spending, and the Queen's Speech delivered on the first.

The tax lock and the personal allowance

The "tax lock" was be found in the Labour and Conservative manifestos and stops any increase in Income Tax, National Insurance or VAT. Despite being "a touch on the gimmicky side" it does mean there will be no change in 60% of our taxes. On the other hand, there will be no lowering of those taxes and increasing taxes on the remaining 40% will be highly regressive, as Alex Wild points out in this piece for Conservative Home. 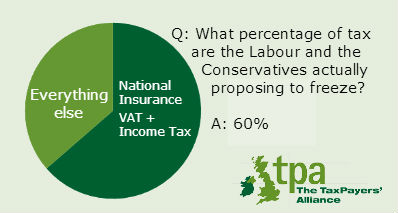 It was also announced that the personal allowance will now rise automatically to ensure nobody working 30 hours a week on national minimum wage will have to pay income tax.

That's fantastic, but that doesn't stop those individuals being taxed on their income.

Why are we so set against National Insurance? Mostly because it is a tax on income that pretends it's not.

Are you concerned about taxpayers subsiding private sector employees through in-work benefits? Take those people out of national insurance and let them keep more of their own money rather than taking it with one hand and giving it with another (see fiscal churn comic below). One of our longest running campaigns has been to merge National Insurance and Income Tax so that the poorest get to keep more of their money.

We propose that this be done in three steps, as set out here in the 2020 Tax Commission proposals.

In the aftermath of the election my colleague, Rory Meakin noted that the Government has a clear mandate for cutting both spending and taxation which we haven't seen anything of.

Those of you that have been anywhere near our blog over the past few months will have seen our pre-election push to get parties talking about the deficit through the publication of our Spending Plan.

Here are just two examples of things that could have been done better.

It's a vote winner, but it's a bad idea. 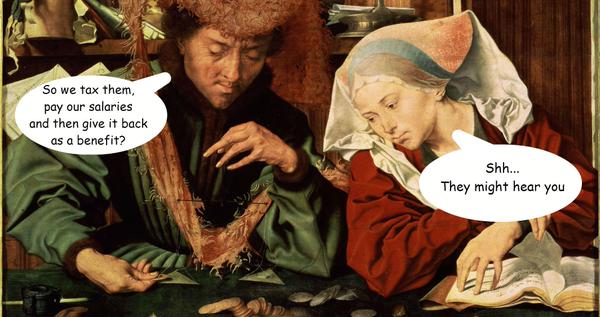 Notice that 'free' is in quotes. That's because although you're not paying for childcare directly, you are paying from your taxes. The fact that childcare costs continue to rise despite more government spending should really be indicating that the current policy is not working. It's put very well in our reaction piece by our Chief Executive Jonathan Isaby:

The Government would have been better off amending the regulations around childcare that have increased costs, and by lowering taxes on hard-working parents so they have more of their own money to spend on their own children.

For more  information on the costs of childcare there's a good dissection of the issue in the Spending Plan section 2.1.5 but in summary:

Things like heavy regulation of qualifications and stringent staff-to-children ratios have made childcare extremely expensive.

There are far too many reasons to condemn HS2 but here's our top 5:

So there's our round-up. Again, our full press release with further comments can be found here but hopefully I've addressed most points.