It is fair to say the Rally Against Debt was a great success. What we didn’t have were hundred of trade union activists organising the rally at taxpayers’ expense! We can honestly say not a penny of taxpayers’ money was spent organising the rally. We left Old Palace Yard as we found it; there wasn’t any trouble, and there were no arrests. 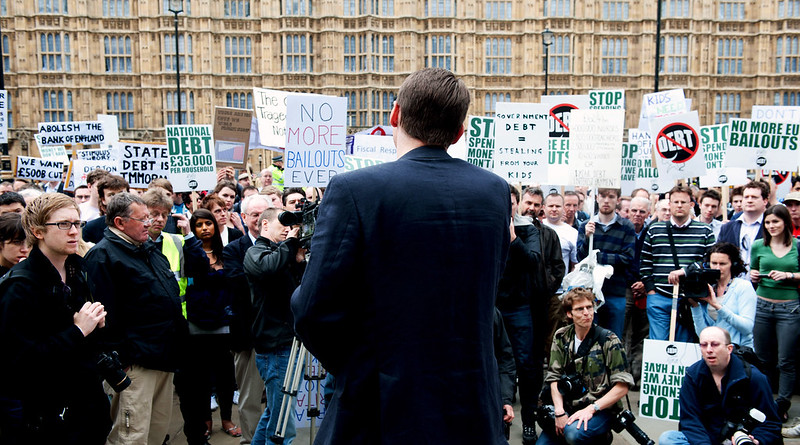 It was not a rally of self-interest. It was a rally for those who understand that unless we bring down government debt, we are leaving a legacy for future generations that will mean higher taxes, and a weaker economy.

I can be accused of many things, but no-one can say I am not a grassroots activist. I got involved with the TPA because it was (and is) an organisation that stands up for the silent majority. My aim as National Grassroots Coordinator is to get the silent majority to become the vocal majority. Many people want to do something, but as they have never been involved in political campaigning, they feel unable to help and don’t know where to start.

Last Saturday, there were many people at the rally who had never demonstrated before. They felt it was something they could practically do to register their voice. I know from e-mails I have received that there were many more people who would have liked to come to London, but couldn’t afford to; particularly pensioners who are struggling to make ends meet.

We live in an age where communication is very easy. When I’m finished writing this article, it will be published at the touch of a button for the world to read. The Rally Against Debt started as an idea broadcast through new media websites, like Facebook and Twitter. If you want information about the work of government, and how much your council spends over £500 (unless you live in Nottingham) you can find out with a few clicks of a mouse; not to mention how much information can be found and communicated when you use your mobile phone.

If you are part of the silent majority and want to become part of the vocal majority, here’s what you can do:

They are just four examples, and there are many more things we can do together. We can organise local rallies, so people don’t have to travel hundreds of miles to London. We can organise petitions in town and city centres around the country. All of these things can be done, however, it needs your help. It needs people power. It needs the silent majority to become the vocal majority. Come and join us.