British taxpayers are in serious jeopardy of a once-in-one-thousand-year stuffing. With Mr Brown in Washington to discuss the crisis with President Bush this very day, the Simple Shopper - the same Shopper who can't even be trusted to buy Post-It notes - is now lining himself up to buy a pile of incomprehensible toxic debt from a bunch of fast-talking bankers. 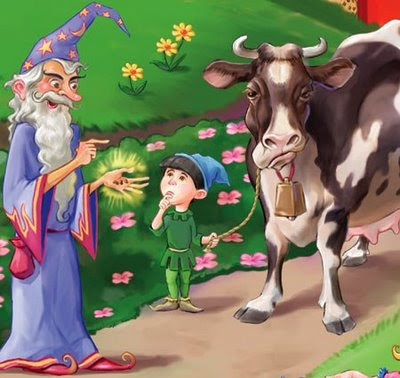 Yes, these are genuine original issue AAA rated beans that have simply run into a temporary liquidity problem... you have my word on it
It's a very worrying prospect.

Look, nobody would start from here, but taxpayers should not be forced to bail-out bankers. It's as simple as that. And as we've argued already, in situations where we have to step in to protect depositors and head off systemic collapse, we should demand a big equity stake in the company. Existing shareholders must be diluted right down (see this blog and this).

This is precisely how Sweden tackled its banking crisis in the early 90s. Just like with our banks now, Swedish banks had got into extreme difficulties on the back of a property boom that collapsed. And just like now, they banged on the government's door for help. But:

"Sweden did not just bail out its financial institutions by having the government take over the bad debts. It extracted pounds of flesh from bank shareholders before writing checks. Banks had to write down losses and issue warrants to the government.

That strategy held banks responsible and turned the government into an owner. When distressed assets were sold, the profits flowed to taxpayers, and the government was able to recoup more money later by selling its shares in the companies as well.

“If I go into a bank,” said Bo Lundgren, who was Sweden’s finance minister at the time, “I’d rather get equity so that there is some upside for the taxpayer.”

And this is effectively what Mr Paulson has already done with his rescues of Fannie, Freddie, and AIG: existing shareholders have been subordinated to taxpayers in terms of future returns from the rescued companies.

Note too the insistence that bad debts are written down to their true estimated value before any rescue is agreed. The fear that banks are not fessin' up to the true scale of their likely losses is one of the most toxic elements in the current situation - it has destroyed trust between the banks themselves.

The Swedish bank rescue is widely viewed as one of the most successful ever, and it's contrasted with the failed approach of the Japanese authorities in roughly similar circumstances at about the same time.

The Japanese failed to grip the issue of bad debts. They allowed their banks to limp along without being forced to recognise reality, and the country was hobbled for more than a decade with a bunch of what became known as Zombie Banks. With a broken financial sytem, the Japanese economy suffered a decade of extremely low growth (under 1% pa). Whereas the Swedish economy was back on its feet in three years, and grew by 3% pa over the subsequent decade.

The fact is nobody knows what this toxic debt is worth. There is no proper market in it, and nobody even knows how much there is: figures of $1 - 2 trillion get tossed around, but nobody knows.

In these circumstances, sending the Simple Shopper down to the market with our wallet, our chequebook, and the deeds to our house, is terminally bonkers.

Let's say to the bankers, yes we'll take your debt, but this time we want the deeds to your house as well. You can go on living it it, but on our terms, and on the understanding that you help clear up the mess you've made. And when we finally come to sell up, we have first dibs on the proceeds. Or would you bankers rather go and work down Walworth Market?
Taxpayers are no longer able to avoid incurring cost here. But we should insist any rescue is on our terms. We should not get scared in into a bailout dictated by bankers.
This website uses cookies to ensure you get the best experience.  More info. Okay