Doctors and prescribing nurses too often write prescriptions for drugs that are cheap and available to buy off the shelf in pharmacists and supermarkets, such as paracetamol. However, there is a significant cost to taxpayers every time that a prescription is written and administered. Given that the majority of prescriptions written are free for the user – but paid for by taxpayers – there is very little concern about the cost of providing drugs like paracetamol via traditional prescriptions. What can make this process even more expensive is when patients are prescribed branded medicines when there are cheaper generic alternatives available, which are just as effective. In evidence to the Commons Health Committee, the British Generic Manufacturers Association estimated it to be £140 million. 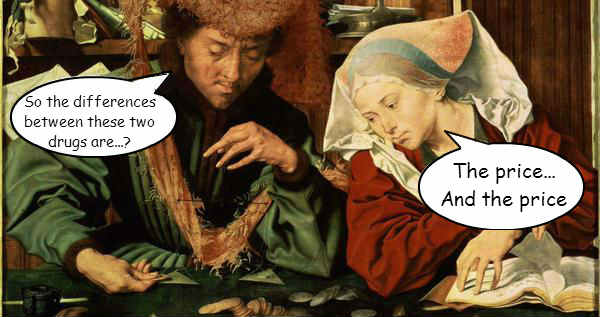 It is worth noting that the opposite can also sometimes be true – generic drugs can sometimes be more expensive than branded alternatives. Much more has to be done to provide the most effective drug, both in how it will help the patient and how it will cut costs. The NHS should implement systems to ensure that prescribers have to actively choose a more expensive alternative and that the practice, not the NHS, pays the premium when there is no medical reason for it.

We have written elsewhere about further savings that could be made with smarter prescribing such as in the case of Avastin and Lucentis.