In response to a written question from Valerie Vaz MP in 2013, health minister Norman Lamb revealed that in 2012 there were more than 55.7 million general practitioner registered patients in England, 104.2 per cent of the population. 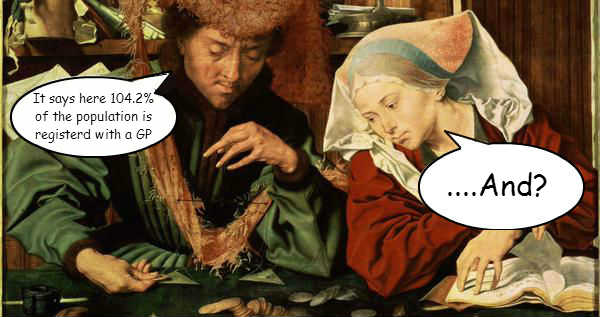 GP surgeries receive an annual payment for each patient registered with them, so clearly some are getting more funding than they should be.

There are a number of reasonable explanations for why patients may remain on registers for a period of time after they otherwise should. They may change surgery, emigrate or die without the surgery being made aware. But a system which allows more than 2.2 million more people to be registered than there are in the country is clearly deeply flawed and in need of reform.

It would be unreasonable to expect the number of registered patients to exactly match the population at any given point in time, but introducing a system which brings the number of "ghost patients" down to 101 per cent of the population is both achievable and desirable.