HS2 should be scrapped. It was based on a bad business case that has continued to unravel since it was first presented. For instance, the costs and benefits of the project were calculated on the basis of zero productivity on trains – in other words, it assumed that passengers don’t do any work on their commute. This is clearly untrue and puts the assumptions on shaky ground. Furthermore, the initial business case assumed average passenger income of around £70,000. If this materialises, then the project is quite openly a high speed rail line for well-off passengers paid for by less well-off taxpayers. 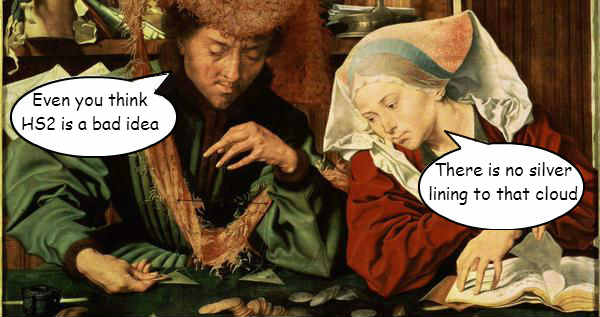 The stated case for HS2 has also morphed over time, as politicians found their arguments wanting. The project was initially about quicker journey times. Then it became about capacity, which again was debunked.

The case then moved on to argue that HS2 would rebalance the economy between North and South, and help drive regeneration in the North. But the precedent for such claims is unfavourable. The Institute of Economic Affairs examined what has happened since high-speed services were introduced in east Kent as part of HS1, and the region has actually performed worse in terms of employment than the rest of the South East and the rest of Britain.

The case is now being made that HS2 will free up capacity for freight. But this will not happen to any significant degree until 2026 at the earliest. Not only that, HS2 could damage freight capacity on key parts of the rail network. On the southern section of the West Coast Main Line, for instance, it is possible that freight trains will continue to operate on the ‘slow lines’, together with semi-fast and stopping passenger trains. That would not free up any useful additional freight capacity.

The stated costs – above those calculated in this report – could also escalate significantly. The Treasury has said that the government will spend £4 billion on HS2 in 2019–20 and £4.5 billion in 2020–21. These are the figures we used to calculate savings. But another Institute of Economic Affairs report found that councils, transport bodies and local business groups are lobbying central government to fund other projects along the route. Along with other new costs not accounted for in the business plan, the total cost could reach £80 billion.

There are far more worthwhile transport projects. Easing congestion around commuter towns and increasing capacity on existing lines would be cheaper and preferable. Furthermore, the benefit per pound spent is usually better on road projects than rail. New technologies will make HS2 redundant by the time the first train is due to leave Euston, too, not least the development of driverless cars.

HS2 is a bad project and it is unaffordable. It should be scrapped now for a significant saving.