It was a busy weekend for the TaxPayers' Alliance as, on Saturday, we launched our new campaign: Generation Screwed. 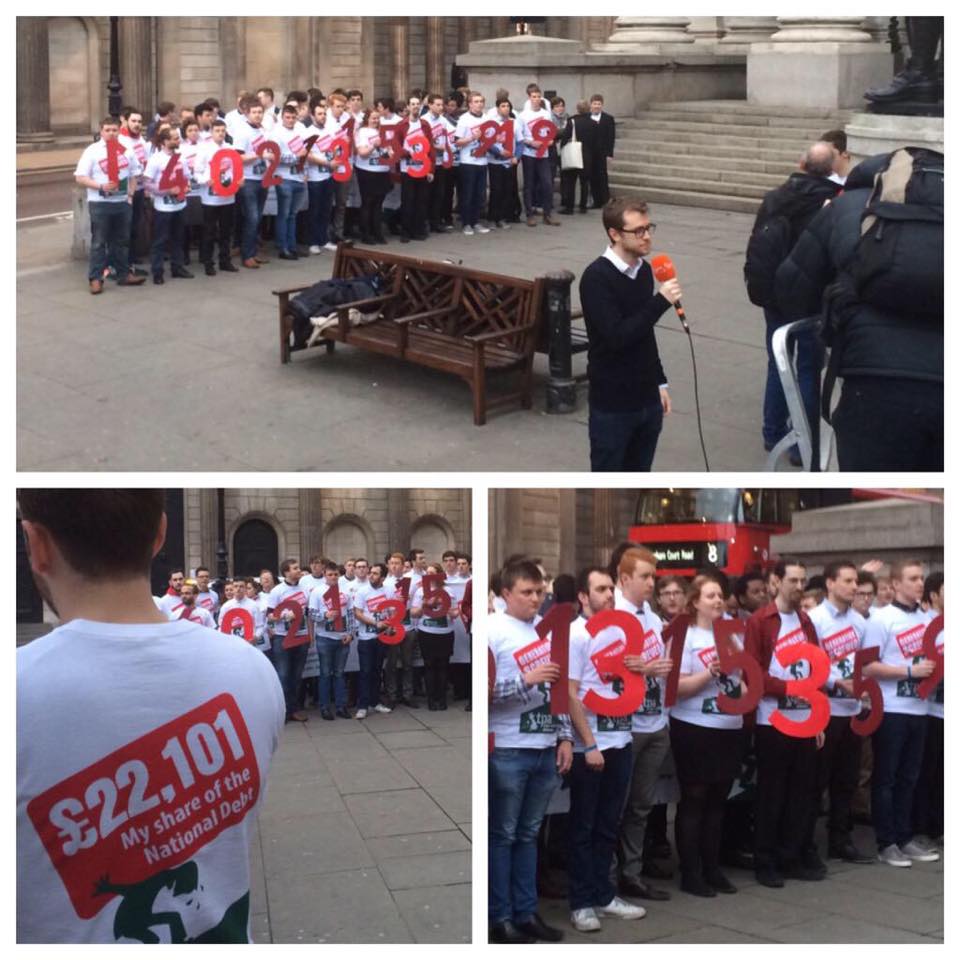 The National Debt now stands at £1.4 trillion, and with the government still borrowing £91 billion a year that debt continues to grow.

Borrowing is nothing more than deferred taxation - and it's today's young who are most likely to feel the pinch unless politicians make the right decisions today.

Dozens of students and young people joined the TaxPayers' Alliance outside the Bank of England to protest against the ever-increasing national debt, and the fact that they will have to pick up the pieces. It's time for action now, so that young people can look forward to a prosperous future, rather than one in which they're dragged down by debt.

John O'Connell, our Director, wrote for the Huffington Post about the campaign, and I spoke to Andrew Pierce at LBC as well as writing for ConservativeHome over the weekend.