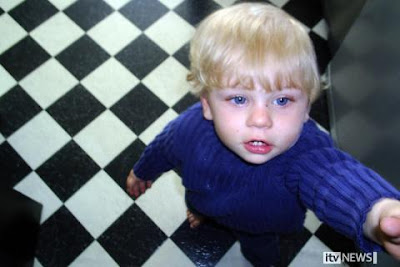 Everybody is appalled by the death of Baby P, but we need to understand that the implications go far beyond Haringey.

According to Children's Secretary Balls:

"When I met with the Chief Inspector, she told me that in her judgement the failings in management, oversight and practice identified by the Inspectors’ report in Haringey are “exceptional”.


Does anyone believe that? Is it remotely plausible that these shocking failures are confined to Haringey?

Scanning Balls' summary list of shortcomings reveals issues we come across all the time on BOM. And not just in social services:


These are issues that pervade the entire public sector. But there are reasons to think they may be particularly acute at the sharp end of social services.


Because by their very nature, the customers of social services are not the sort of people who can demand good service.


As we know, it's hard enough for the famously articulate middle-classes to get service out of their local schools and hospitals, but at least they know how to go about it. When it comes to social services, they don't even bother to try. Why should they? They're not big users. And that means there is no pressure for improvement from the customer side.


So how are social services kept up to the mark? Who checks on them? Who ensures they are discharging their responsibilities and takes action if they're not? How does the power work?


It's certainly not at the local level. As we've blogged many times, local councils are now little more than an executive arm of Whitehall. Balls's decision to take direct control of Haringey Social Services is a particularly stark reminder of that relationship, but our councils are more financially dependent on central government than their counterparts virtually anywhere else in the developed world. And as always, power follows the money.


Which means that the natural tendency of local councils is to look up rather than out. The key thing for them is to convince Whitehall that they're doing the job specified by Whitehall.


But central direction is a terrible way of running local services. Not only is Whitehall woefully ignorant of the real life issues at the coalface, it's also far too distant to organise and manage local effort effectively. In practice, its management comes down to the familiar Stalinism of output targets and performance league tables (see several thousand previous posts).


Their most recent report on Haringey was done just last year, but it shockingly failed to identify any significant issue with the social service department. Indeed, it praised the council for providing “a good service for children”, and improving their "life chances".


We also know that the inspectors were led by someone who'd worked under the head of Haringey social service in a previous job. She said:


“Haringey Borough Council delivers a good service for children and young people... The number of children on the child protection register continues to decrease. Thorough quality assurance systems are in place and the number of re-registrations demonstrates effective planning for these children."


Given what had already happened to Baby P, that was an extraordinarily ill-judged and ill-informed comment.


As we've blogged many times (and here on Haringey itself), these self-assessments are worse than a waste of time. All they really show is that the reportee has learned how to tick the right boxes, yet they are used to provide a false and dangerous comfort that everything is fine.


Ofsted now say they are going to step up real inspections and also make them unannounced. But once again, the real problem is over-centralisation of power, and the way that top-down management structures impose their own logic and undermine responsibility for delivering results in the real world.


While Balls may have had no alternative but to seize control of hopeless Harringey, the only long-term solution is the return of power and responsibility back to the local level.