In addition to these generous pay packets for union bosses, staff across the public sector received at least £79.7 million for trade union facility time activities, on top of their normal salaries. Facility time is paid time-off during working hours for trade union representatives to carry out trade union duties.

Many of the most active unions, such as railway unions which strike frequently, receive substantially more each year in direct taxpayer subsidy: net government support to the rail industry was £4.2 billion in 2016-17. Students have also lost teaching time and contact hours because of taxpayer-funded lecturers’ intransigence. 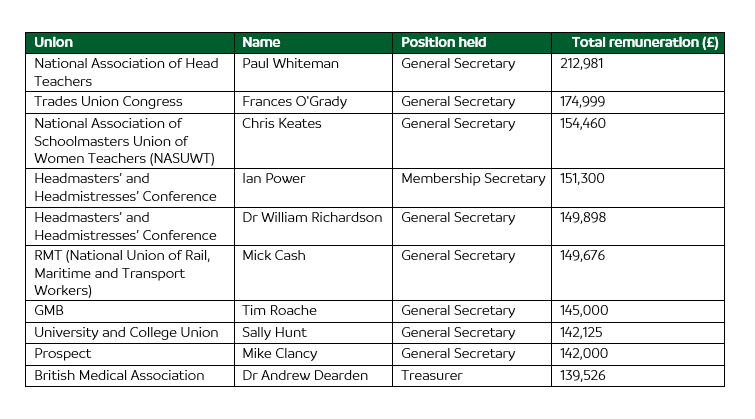 Commenting on this report John O'Connell, Chief Executive of the TaxPayers’ Alliance said:

"These union bosses claim to speak for workers but it looks hypocritical when they take home whopping salaries at the same time as they criticise high pay elsewhere. Worse still, the union coffers that their pay comes from are boosted by millions of pounds of taxpayers’ money, which makes it easier for them to offer these generous pay packets while they agitate for strikes and misery for everyone else."