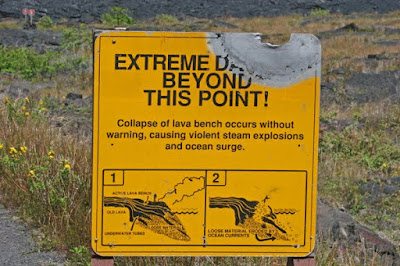 Not a corner to hurry round

Yesterday, the front page of the Times proclaimed:

People are more optimistic about the economy than at any time for the past 18 months, according to a Populus poll for The Times today."


Which was surprising, given the tidings of doom carried elsewhere in the same paper: another 5000 jobs axed by Lloyds, 700 cut by Ericsson - along with the closure of their UK research base - a ballooning trade deficit driven by all the cars imported under the government's cash for clunkers scheme, etc etc etc.

And that's before we even get round the corner. Once we see what's waiting for us there, we may well look back on this last Christmas spending splurge with a fond nostalgia. And wonder why we didn't stuff the cash under the mattress.

Last week the IMF gave us its own view of what's round the corner, racily entitled The State of Public Finances Cross-Country Fiscal Monitor. It spells out in horrific detail just what a fiscal mess we're in, and just how far our belts are going to be tightened over the next 10-20 years.

The IMF says that by 2014, the world's major economies (the advanced G20 economies) will have racked up government debt equivalent to about 120% of GDP. By all historic standards that is unsustainable, and will make the world economy extremely vulnerable to an uncontainable further crisis.

So far, that bond yield increase has been headed off by the extreme weakness of the global economy and the highly accommodating monetary policy implemented by our central banks (eg the Bank of England's outright purchases of gilts - see here). But just wait until those measures go into reverse.

Action has to be taken. The IMF recommends getting government debt back down to a maximum of 60% of GDP by 2030 - ie relative to the world economy, debt has to be halved. Which is an enormous undertaking.

And for the UK, the IMF's analysis is even bleaker. Because our fiscal deficit is so much worse than most other countries, we will need to make just about the biggest cuts in borrowing anywhere in the developed world - only Japan will need to do (slighty) more.

To put some numbers on it, the IMF says that over the ten years from 2010 to 2020, our government will need to improve its so-called "primary balance" (ie its current income - mainly tax - less its current spending, before interest payments) by a staggering 13% of GDP. In cash terms, that's getting on for £200bn.

Now, let's just make sure we all understand what that means.

If the government tries to achieve the improvement by increasing taxes, it will need to jack them up to the kinds of levels that really do cause revolutions. For example, doubling the standard rate of income tax, doubling VAT, and doubling fuel duty - all at the same time - would still not raise enough (see HMT Ready Reckoner here). And that's without taking into account the highly damaging impact such tax rises would have on enterprise, employment, and future growth.

Which is why we strongly favour reductions in public spending. Even though that won't be easy either- the IMF's figures suggest public spending will need to be cut by over a quarter from where we are now.

Of course, the hope is that we will be bailed out by economic growth. If the economy grows enough, as the government projects, then some of the extra tax revenue we need will be generated "painlessly", without the need to rack up tax rates or imposing big public spending cuts.

Indeed, there are those who argue that if government just holds its nerve, then confidence will return and the economy will grow itself out of the current mess. At one bound we will be free.

But just ask yourself how likely that is.

Interest rates cannot be held at their current low levels indefinitely. And when they rise back to more normal levels, indebted households are going to find life very difficult. Christmas splurges and flash new motors will be a thing of the past.

Moreover, if the government fails to tighten fiscal policy as much as the bond market expects, confidence will evaporate and bond yields will spike up even further than the IMF suggests.

Just yesterday, the credit rating agency Fitch warned that of all the leading sovereign borrowers, the UK's AAA credit rating is most at risk. That's because it's the UK that has to make "the largest budget adjustment". Fitch says "our stable rating outlook [for the UK] reflected our expectation that the UK Government will articulate a stronger fiscal consolidation programme next year." Translation - we expect the incoming Conservative government to make some serious spending cuts straight off the bat, and to spell out a quantified plan for getting the UK's debt back below 60% of GDP soonest.

As we've blogged many times, our public finances have been wrecked. The government hugely overspent during the bubble years, and now we must pay for it. However you look at it, we must expect a pretty difficult decade ahead.

Of course, not everyone spends their time perusing IMF Staff papers. And maybe it's better that people don't dwell too much on what's really round that corner.

But we do expect our Chancellors and Shadow Chancellors to grasp the severity of our fiscal problem, and to produce serious plans for dealing with it.

Alarmingly, we've still to be convinced that Mr Osborne's team has got the measure of the task.

PS The IMF is about to publish another research paper we'll be blogging, on the design and use of fiscal rules. As regular BOM readers will know, we've long argued for the third fiscal rule - a limit on public expenditure. It has been specifically rejected by both Labour and Tories, largely we think because politicos don't like to be restricted in that way. It will be fascinating to see what the IMF says.
This website uses cookies to ensure you get the best experience.  More info. Okay