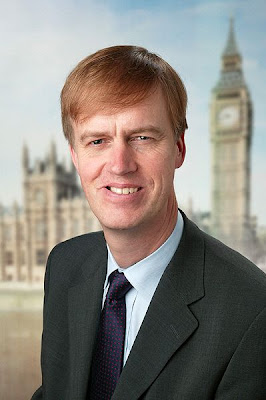 
Over the weekend we got news of the latest bank bailout. Taxpayers are being landed with another £260bn of toxic assets to add to the £325bn we've already taken on from RBS (see this blog). And for providing this insurance, we're not being paid a cash fee but another huge dollop of Lloyds equity. Altogether, we could end up owning 75% of the company, which is as close to being nationalised as makes no difference.

Timms' answers were not reassuring.


HM Treasury apparently has no idea how much taxpayers are going to lose.


But one thing we certainly know is that the £260bn of assets we're guaranteeing aren't called toxic for nothing: they are the worst junk in the Lloyds/HBOS portfolio, and they have been selected by the insured. We could easily lose the bulk of it.


On the second question, according to Timms it was Lloyds' idea to take over HBOS, so creating this Big Bad Bank was not the government's fault.


The third question is the most critical, and it's one we've raised before. Just why should we UK taxpayers be forced to guarantee the wholesale creditors - many of them overseas - of our busted banks?


Because these people are not naive retail depositors who couldn't be expected to know what the banks were up to: they are professional investors and bankers who should have been fully aware of the risks our banks were building up.


And if they had been lending to, say, a manufacturing company rather than a bank, there'd be no question of bailing them out. They'd have to take their chances in a liquidation. So why aren't we enforcing the same rules with the busted banks?


And just make sure we all understand this - by guaranteeing the banks' liabilities to wholesale creditors, we are taking on way more than would be necessary to guarantee only retail depositors.


Of the £7.2 trillion of UK banks' liabilities at end 2008, (see Feb 2009 FinStats) only £1.1 trillion comprised retail bank deposits - the kind held by those people who queued on the pavement outside the Crock. All of the remaining £6 trillion - yes, £6 TRILLION - comprises liabilities to wholesale lenders and investors. That's a whopping 4 times our GDP, or £250,000 per household.


We should be very scared. This government is already accumulating debts on a massive scale, and Timms reckons they have no idea how big our bank guarantee losses could be. In the real world, guaranteeing liabilities of 400% of GDP is way beyond the capacity of HMG to carry.


So why? Why should taxpayers shoulder this burden? Why don't we simply say to the wholesale creditors - as we've already said to the equity shareholders - you should have known the risks, and now you must take the consequences. You cannot expect taxpayers to bail you out.


Which is of course Professor Buiter's Good Bank proposal (eg see this blog). The government establishes a new Good Bank (or banks), takes all the retail deposits and a corresponding amount of good assets from the bad bank. The Good Bank gets on with the bread and butter business of deposit taking and traditional lending, leaving the bad legacy banks with the residual, largely problem, assets, their wholesale liabilities, and their shareholders.


The bad banks effectively become investment funds holding a pile of run-off assets which may or may not realise value in the long-term. But whatever happens, there is no further call on taxpayers.


There are several variants of the same basic approach, including the banks splitting themselves into good and bad banks (which RBS has already started). But the central feature of all of them is that taxpayers are not required to guarantee either shareholders or wholesale lenders.

"The UK government looks increasingly like a python that has swallowed a hippopotamus. In acting as insurer of last resort to the British-based banking system, it is taking on huge risks on behalf of taxpayers. If this turned out to be a global depression, with huge losses for British-based banks, fiscal solvency might even come into question. Can this make sense? I doubt it."


But even though he doubts it makes sense, Wolf reluctantly concludes we have to do it anyway:

"First, the possibility of a default [on wholesale liabilities] would create a wave of panic worse than the one that followed the bankruptcy of Lehman last September; and, second, for this reason, no individual government could dare to go it alone."


So we're back with TINA: unless taxpayers take all the pain, things will be even worse.


The trouble is, TINA herself can have no idea how this is all going to play out. How does she know this blanket bank guarantee won't undermine HMG's credit, undermine sterling (even more), and drive us banana republicwards?


According to the IMF, as at mid-February, the UK government had provided explicit support to the financial sector (capital, guarantees, and asset purchases) equivalent to 47.5% of GDP. That was the second highest in the G7, behind only the US (on 74%).


But that was before the latest support packages for both RBS and now Lloyds. Taking account of those, the UK's explicit bank support is now in excess of 80% of GDP - the highest in the G7.


And unlike Mr Timms, the IMF has attempted to calculate likely losses from all this support. While they haven't published the UK figures separately, they say that if "market disturbances" get worse - as they already have since mid-February - the big industrialised countries could expect to lose 15-22% of GDP from these blanket guarantees. Which in our case would be £200-300bn, or two years of the NHS budget. And frankly, that sounds optimistic.


Nobody would start from here, but pain on this scale simply cannot be born by taxpayers alone.


Wholesale creditors must be made to take their fair share.