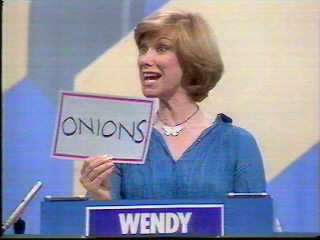 Of course we'll insure your toxic onions -why not?

Watching the Brown/Darling news conference on their latest massive bank bailout, it was interesting to see how Brown reacted to the Blank Cheque charge. He growled menacingly at ITN's Tom Bradby that he should be "very cautious" about suggesting such things.

If it isn't true, surely Brown could have simply swatted Bradby away with some chapter and verse. But he couldn't, because the charge is spot on.

For taxpayers, the most worrying bit of of a worrying package is the insurance we'll be providing on the banks' existing holdings of toxic debt (eg see this blog).

We've been trying to access HMT's detailed release on how it's actually going to work, but as per, nothing has yet been made available to mere taxpayers, apart from this sketchy press notice. So we turned to the excellent FT Alphaville, which reproduces what HMT has put out to the people it considers important.

As Alphaville points out, taxpayers are now entering the very business that made mega US insurer AIG go bust:

"The new scheme will effectively do what AIG - and other insurers, like the monolines - did for the banks back in the heady days. That is, provide regulatory capital relief.

Under Basel, banks hold regulatory capital as a cushion against potential losses from their assets. The amount of capital which must be set aside against each asset varies according to those assets’ “risk weightings”: which are calculated according to a host of different models prescribed by the Basel accord. But risk-weightings can be offset by credit risk mitigants: insurance.


...a bank could thus own a security rated BBB but using sufficient hedging - with, in this case, HMT, (but previously, someone like AIG) - treat the security as if it was rated AAA. The difference in risk weightings implied are huge...


As with AIG’s business, in principle, the scheme could be very lucrative... The problem is that modelling the value of most structured credit products is extremely difficult. The Treasury intends to assess submissions on “a case-by-case basis”, which is plainly mad. The most qualified names in finance have had their fingers burned touching CDOs. There’s a danger that the Treasury’s scheme - just like AIG - could be rather a costly capital sump."


By insuring the banks' toxic assets, Mr Brown is forcing taxpayers to make a further huge gift to bank shareholders. And because the scheme is so vague, the bill could run into hundreds of billions.