In early 2013, we launched an intense campaign which saw us distribute over 400,000 beer mats to pubs across the country which showed how much you paid in tax on a pint. We teamed up with The Sun, who backed our campaign and helped us get sustained coverage ahead of the Budget. 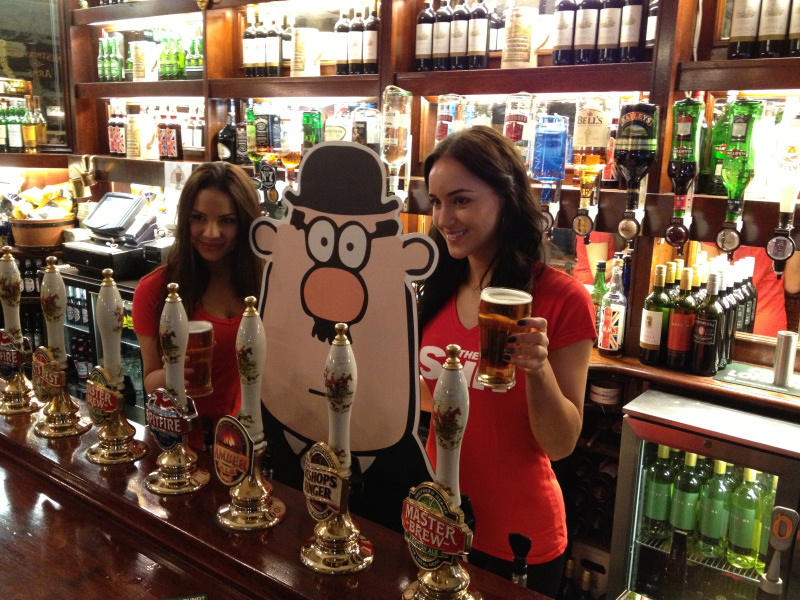 Our campaign was a huge success and we saw the beer duty escalator scrapped and the first cut in beer duty since the 1950s. This was not just excellent news for pub goers. As a result breweries alone are estimated to have invested £325 million into the industry. Our 2013 campaign won the Public Affairs News award for “Best In-House Campaign of the Year”.

Following on from our success in 2013, in the run up to the 2017 Budget we urged the chancellor to cut beer duty again to help pubs and consumers. Working with many groups such as Fuller’s, British Beer & Pub Association and Campaign for Real Ale, we travelled across the UK speaking to pub and brewery owners about the benefits of a reduction in beer duty. The chief executive of Joseph Holt Brewery, Richard Kershaw, told us that previous duty cuts enabled them to invest nearly £5 million into their business.

The government froze beer duty again in 2017, which was excellent news for pub goers as well as helping to secure over 3,000 jobs in the industry.

In 2014, we also campaigned to scrap the alcohol supertax and allow the domestic alcohol industry to thrive once more. The result was the alcohol duty escalator was scrapped and alcohol duty for spirits was frozen. 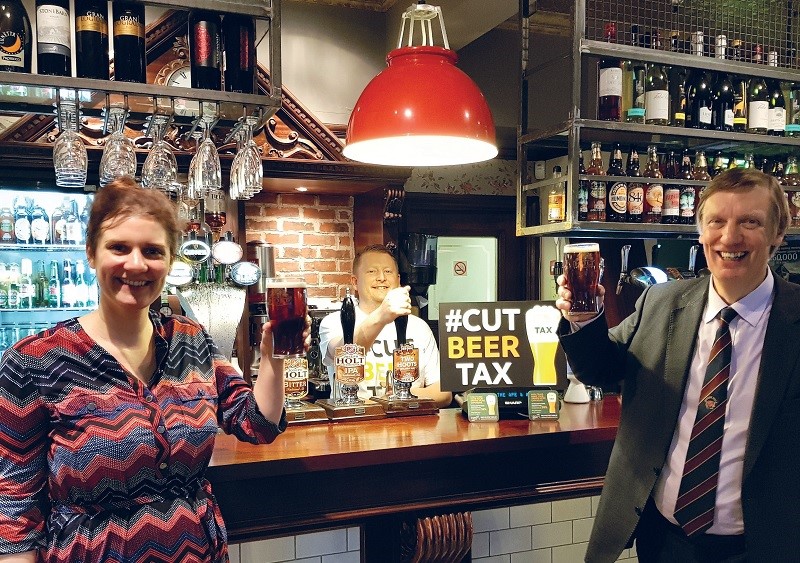 In 2021, ahead of the final of the European Championships we revealed that fans were paying around £64,884 per minute in taxes on beer. When compared to EU member states, the UK has the third-highest beer duty per pint. 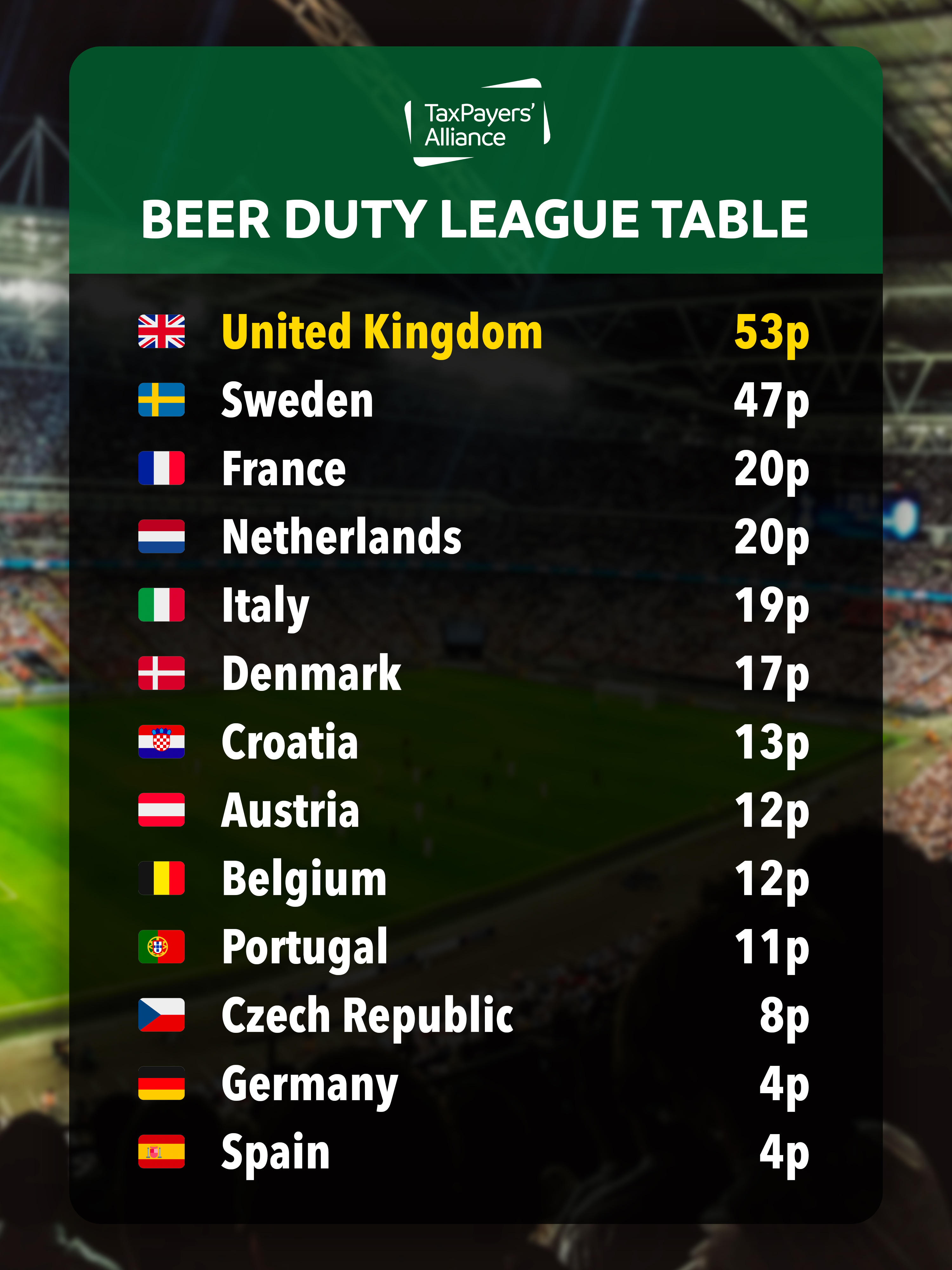 Our analysis received several column inches in The Sun and we used the opportunity to call on the chancellor to support fans and the hard-hit hospitality industry.

With the taxes on pints going through the roof. A tax cut on alcohol would be a massive win for punters and pubs.