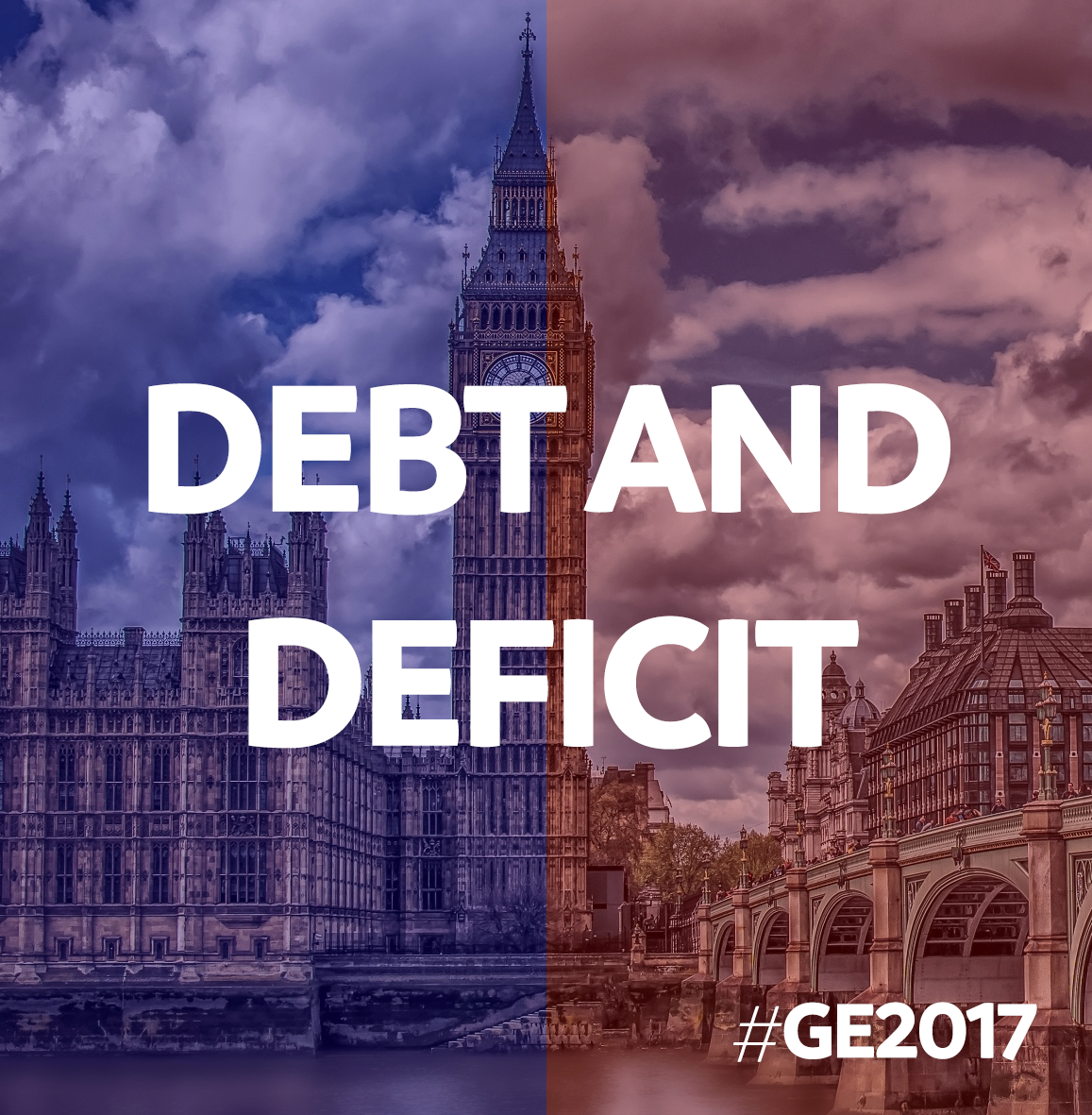 Contrary to the previous two general elections, debate about the pace and composition of deficit reduction has been non-existent in the early stages of the 2017 election campaign.

In 2015, the Labour Party’s position was to “balance the books by cutting the deficit every year, with a surplus on the current budget and with national debt falling as soon as possible in the next Parliament”.

The Conservative Party, on the other hand, pledged to “eliminate the deficit, and start to run a surplus.”

Assuming both parties planned for a five year Parliament running to 2020, based on current OBR forecasts for an increase in the deficit in 2017-18, the government will not succeed in realising Ed Ball’s deficit reduction plan, let alone George Osborne’s.

The Conservative-led coalition government also failed to meet Labour’s 2010 manifesto pledge to “more than halve the fiscal deficit over the next four years”. As a percentage of GDP the deficit fell by 40 per cent between 2010-11 and 2014-15 and by just 30 per cent during the same period in cash terms.

On current forecasts, in 2021-22 the government will run a budget deficit for the 20th consecutive year. During this period the national debt will have increased by more than £1.5 trillion.

The level of complacency over the debt and the deficit are cause for serious concern. If current policy remains unchanged, public sector net debt will rise to 234 per cent of GDP in 2066-67 and continue to rise thereafter.

The only time the UK government has been able to reduce the debt burden without consistently running budget surpluses was after World War 2. But this was achieved with very high levels of growth which are unlikely to be replicated given the UK’s demographics, which are far less favourable than they were then.

The government’s current objective is “to return the public finances to balance at the earliest possible date in the next parliament.” The government should treat the early election as an opportunity to accelerate fiscal consolidation and eliminate the deficit by 2021-22 at the latest.