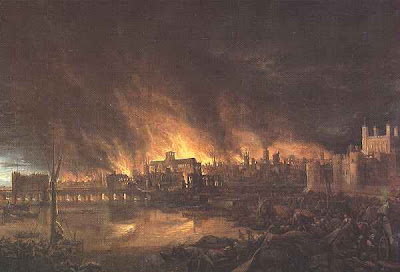 There goes our future prosperity

The Pre-Budget Report (PBR) is turning out to be one of the most disreputable documents ever to emerge from HM Treasury - and that's against some pretty stiff competition over recent years.

As we blogged here, it failed to deliver on three critical counts:

But it's worse than simply failing to deliver. The PBR is shot through with fiddles and outright deceit.

To start with, we have been told that schools, hospitals, the police, and overseas aid will be ringfenced. But there has been absolutely no explanation of how that squares with the overall spending projection. Not for the first time, it's been left to the indispensable Institute for Fiscal Studies to pick apart the entrails, and point out that other programmes, like Defence, will have to be slashed by an implausible 12% in two years, and perhaps 16% by 2014-15. How on earth will that work in practice?

And then, as we blogged here, the PBR's forecasts for tax revenue and welfare spending rest on highly optimistic assumptions about future economic growth. A realistic projection of the public finances would show a significantly worse picture, implying either much higher borrowing, even higher taxes, or further spending cuts.

We've also now discovered the PBR contained a disguised provision to uprate welfare benefits by more than the RPI just before the election, and then downrate them again afterwards. Which is breathtaking cynicism even for this government.

The latest twist is that "sources" have "let it be known" the PBR was not the Treasury's at all. The Treasury now claim they wanted to be tougher. They didn't want to increase spending, and wanted an increase in VAT rather than job-destroying NI. But they were overruled by Mssrs Brown and Balls.

In other words, even the government's own experts have disowned the PBR as an exercise in politicking.

Unsuprisingly, the bond market has had an attack of the jitters. We had always assumed bond investors would give us the benefit of the doubt until George Osborne took the controls, but their reaction to the PBR suggests we may not even have that long. Yesterday, the gilt market sold off sharply, amid mounting concern that our rulers are in denial about the need for drastic action. One bond market strategist put it this way:


"UK bond investors should look at Greece, where the bond markets have crashed this week. The bond markets in the UK could crash too, unless the government starts to initiate serious debt reduction policies."

“The PBR seeks to create a fiscal fiction that the deficit can be resolved solely by tax hikes on a relatively small share of the population – the few, not the many – and without painful public spending cuts. The revenue forecasts again look over-optimistic, and there are no public spending plans after 2010-11 – only vague forecasts.”


Of course, we can never know exactly what the markets are thinking - they often don't even know themselves. But it's a fair bet a lot of players are now thinking what we're thinking: has Mr Osborne got the resolve to do the necessary? And even if he has, will Mr Cameron overrule him like Brown has just done with Mr Darling?

It will be tough enough to grip our public finances as it is. But by concealing the true scale of the problems, this shocking fiddled PBR just made it that much harder.
This website uses cookies to ensure you get the best experience.  More info. Okay