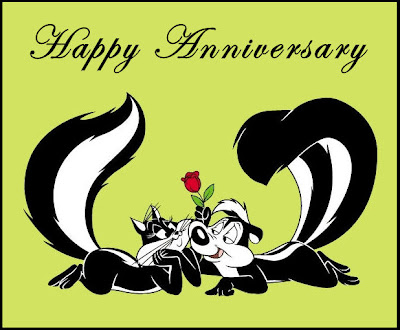 Something doesn't smell so good
As we've been hearing all over, yesterday was the official first anniversary of the KreditKerrunch. The FT celebrated with a special souvenir edition, and the BBC ran edited highlights of themselves announcing fresh disasters for capitalism - they love it.

So what's the score? And given that it was caused by those global forces totally beyond the control of our innocent victim rulers, what have Mssrs Brown and Darling done about shielding us from its effects?

First up, the global score is much better than the headlines and our politicos would suggest. When last sighted (Q1), average growth across the G7 economies was still running at an annualised rate of 2%. Even the much predicted US recession still hasn't arrived, with Q2 growth annualising at 2%. And unemployment, while increasing, was still only 5.7% - significantly lower than the average for the noughties as a whole. True, inflation looks more worrying, with year-on-year CPI inflation kicking up to 3.5% (year to May). But globally, this ain't yet the 1970s, let alone the 1930s.

So with such a pussycat global background, how have Brown and Darling been doing? Let's run through some of their triumphs over the year:


Unfortunately we're not through yet.


The IMF yesterday warned of some seriously bad times just around the corner, with UK growth down to 0.8% (yoy) by year-end. More worrying still is their outlook for inflation, with our CPI hitting 5%, against the official target of 2%. No wonder the Bank of England voted not to cut interest rates today.

They have put their authoritative digit on the Key Test for Brown and Darling. That sharp acceleration in inflation expectations is getting out of control. The very worst thing the government could do now would be to loosen/abandon their fiscal rules. But all too predictably, that is precisely what they are reportedly intending to do.

"If the inflation anchor looses its moorings, the management of immediate macroeconomic challenges will become even more difficult and the burden on monetary policy will rise, likely impeding net exports, rebalancing, and eventual recovery. Moreover, the cost of subsequently restoring credibility will be high.


Accordingly, on fiscal policy, the planned medium-term fiscal consolidation—namely the cumulative structural adjustment of 1 percent of GDP in 2009 and 2010—should be regarded as a minimum. It would take an adjustment averaging ¾ of a percentage point of GDP per year from 2009 to 2012 to set debt on a path to return under the ceiling by 2012; frontloading, to the extent possible, would underpin the credibility of that path. In any event, and in addition, any slippage from the cyclically adjusted balance objectives for 2008 announced in the March budget should be made up in 2009.


In this context, any revision of the fiscal rules should support the credibility of the recommended fiscal stance. The 40 percent net debt ceiling should be retained, notably through adoption of a clear and short horizon to bring debt back under the ceiling following a breach. Given the premium on fiscal credibility, accountability should be emphasized over flexibility in any redesign of the rules. This adds to the case made in the staff report to emphasize nominal expenditure ceilings."

As we've said many times, Labour governments always seem to end like this. They keep flushing our money down the toilet until there's an horrific blowback. At which point we all get covered in ordure and have to get the emergency plumber, at £200 call-out, plus £200 per hour.


Who voted for these people again?


PS During yesterday's desperate attempt to stuff the Treasury's Stamp Duty gaff back into the bottle, the main government spokesman appeared to be John McFall, the Chairman of the Commons Treasury Select Committee. We all know that McFall is a Labour MP, but in his role as Chairman of the Treasury Committee he's meant to provide some independent scrutiny of government policy. This is not the first time he has been wheeled out to defend the government, and taxpayers should ask themselves whether this is what we're paying him to do.