Government ministers can often be heard citing statistics about the amount of tax being paid by the top 1 per cent of earners in the country.

This is hardly surprising given the clamour for the richest to pay their “fair share” – a clamour which has grown louder because of an increasing, and increasingly irrational, obsession with inequality in some quarters. Neither income nor wealth inequality have increased much in the last 30 years (the former not at all).

A cursory glance at HMRC’s figures lays bare the extent to which the government is heavily reliant on a small group of very high earners for income tax receipts. 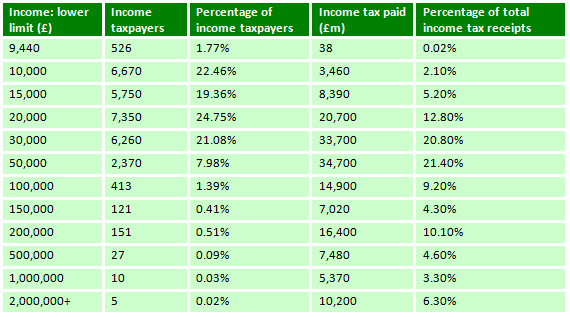 However for corporation tax receipts, the government is even more reliant on an ever smaller group. 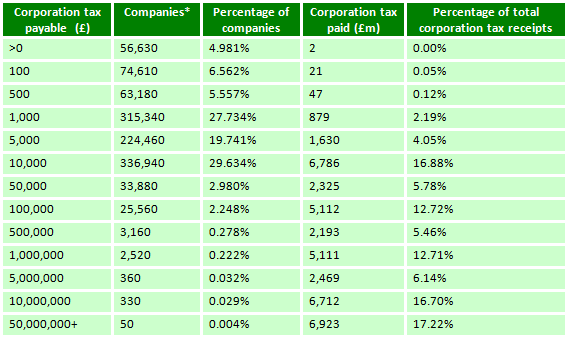 These numbers only refer to the 1,137,020 companies with taxable profits in the UK – a third of the number of active companies in the UK.

The tax affairs of companies like Google and Facebook have fatally undermined public faith in corporation tax which is fundamentally unsuitable for the modern economy. It is opaque, complicated, and disproportionately economically damaging and should be replaced with a single income tax on distributions.

But while the system remains in place, it is important to recognise that the government are extremely reliant on a very small group of big companies for corporation tax receipts.