In total, 654 staff employed by the Greater London Authority and its subsidiary bodies (Transport for London, the Metropolitan Police, the London Fire Brigade and the mayor's office) received remuneration in excess of £100,000 in 2018-19.

Transport for London (TfL) had by far the highest number of staff receiving over £100,000, with 518. Of these, 114 received more than £150,000 last year. The highest remunerated employee, TfL boss Michael Brown, received £508,301 in total remuneration, including taking home the biggest bonus of £133,586. The largest expense claim was by the managing director of London Underground who received £16,385, including reimbursement of travel expenses.

Last month Transport For London received a £1.6bn bailout from taxpayers, saying emergency funding was required to prevent the public body going bust. Since 2015-16, TfL, the GLA and the Mayor's Office have seen substantial increases in the number of staff receiving over £100,000, while there has been a reduction at the London Fire Brigade and Metropolitan Police.

Click here for the full details broken down by GLA body

“It seems that even before the serious strain of coronavirus, TfL’s finances were already going down the tubes.

“These stupendous City Hall salaries are a steep burden on taxpayers across the capital. They're paying higher council tax bills and being forced to fork out for pay and perks that most Londoners could only dream of.

“While there’s plenty of talented people working hard to keep London going, the massive rise in top tier salaries suggests Sadiq’s City Hall is much more expensive than it needs to be.” 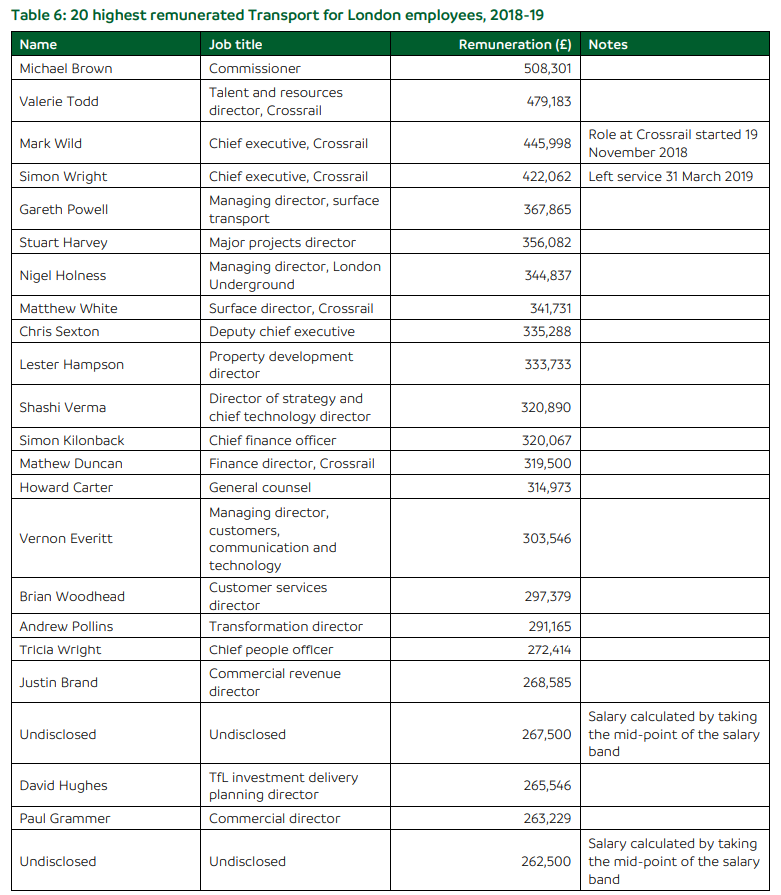 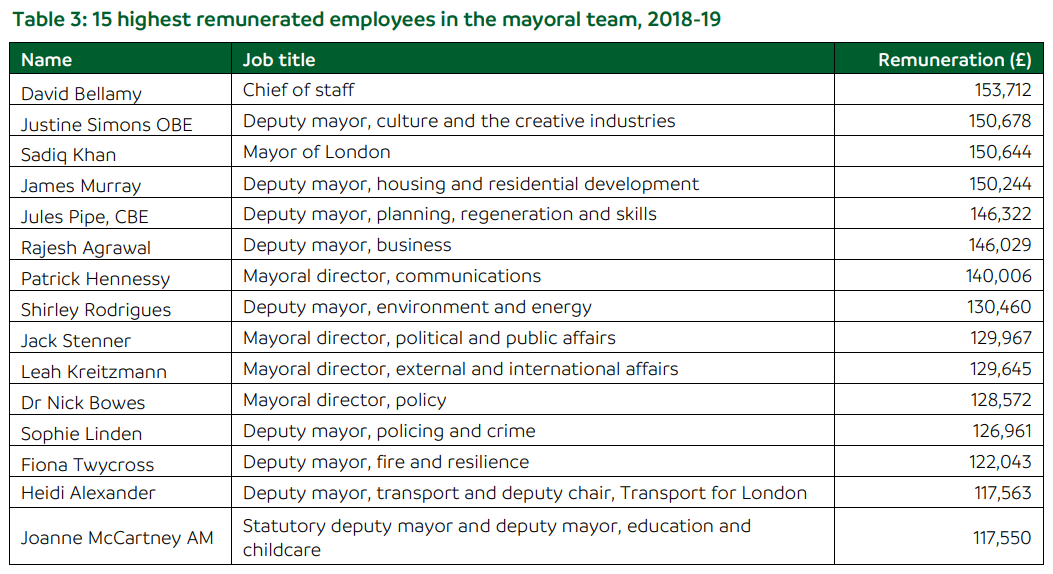